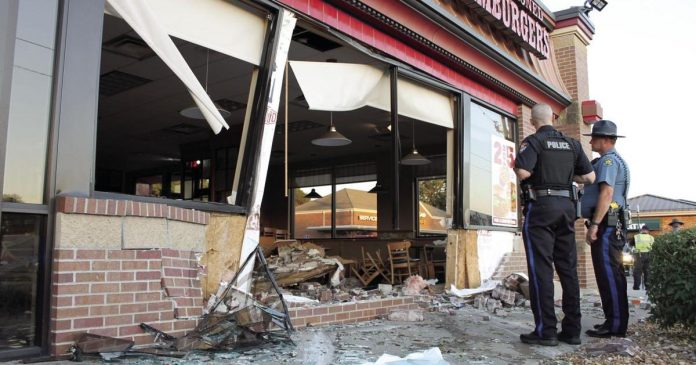 KANSAS CITY, Mo. — A woman was killed and five people were hurt Monday night after a pickup truck drove into a Sedalia, Missouri, Wendy’s restaurant.

The five were inside the restaurant just before 6 p.m. at 1301 South Limit Ave., according to a Sedalia Police Department news release.

The driver of the pickup truck was headed south on South Limit Avenue when the truck ran off the road in front of an American Inn Hotel.

Police said the truck hit several trees, handrails and crashed through the dining room wall of the Wendy’s.

An elderly woman died shortly after the crash, police said.

A man was flown to University Hospital in Columbia, Missouri, with serious injuries.

A 10-year-old suffered moderate injuries and was taken to Bothwell Regional Health Center in Sedalia.

One person went on their own to be treated, police said.

Police arrested the pickup truck driver on suspicion of driving while intoxicated.

The names of the victims have not been released.