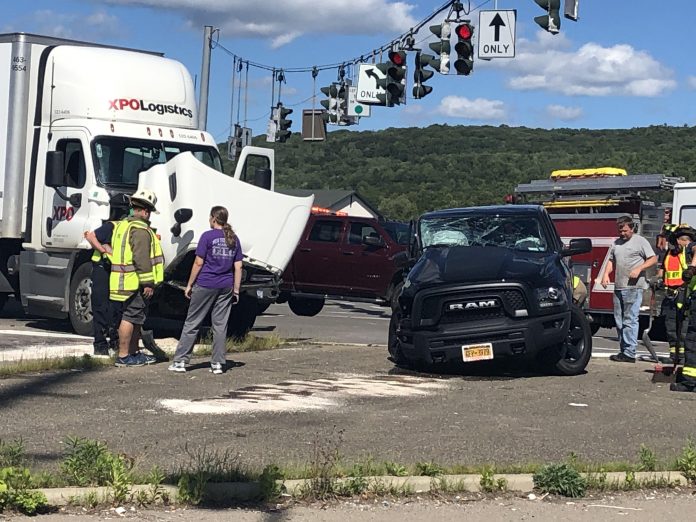 HORNELL — The Labor Day holiday weekend began with a two-vehicle crash just outside the City of Hornell.

The accident Friday afternoon near the Hornell Plaza entrance involved a tractor-trailer and a pickup truck and resulted in injuries to the pickup truck’s driver, scattered debris over a wide area and kept emergency crews on scene for nearly 75 minutes.

Officials said the pickup truck’s driver sustained “minor injuries” and was transported to a hospital by a Hornell Fire Department ambulance.

Troopers did not release a detailed description of the accident. State Police said the accident investigation was closed with no charges reported.

A North Hornell Fire Department crew checked all occupants for injuries, helped secure the scene, control traffic and clear debris from the roadway, according to a department press released. The North Hornell responders were on the scene from 3:05 and did not call back into service until 6:21 p.m.

The accident and subsequent cleanup efforts stalled traffic on busy Route 36 for some time after the incident.

The Hornell Police Department also assisted at the accident scene.