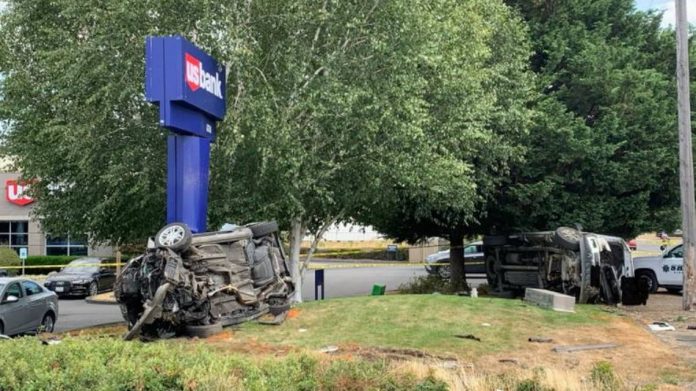 A driver was killed Wednesday after one of two cars racing in Spanaway struck a pickup truck, according to the Washington State Patrol.

The collision occurred just before 1 p.m. near state Route 7 and 174th Street South.

Two cars were “traveling recklessly” eastbound on 174th Street when one of the vehicles ran a stop sign and struck a pickup truck heading north on SR 7, trooper Ryan Burke said.

Both the car and the pickup truck rolled.

That person has not yet been identified.

The other driver who was racing fled the scene in a Honda but was found shortly afterward and arrested. Both drivers are expected to be booked in Pierce County Jail on suspicion of vehicular homicide.

Anyone who witnessed the crash or has dashboard camera footage of the collision is asked to call the State Patrol at 253-538-3240.

Listen to our daily briefing:


Stacia Glenn covers crime and breaking news in Pierce County. She started with The News Tribune in 2010. Before that, she spent six years writing about crime in Southern California for another newspaper.