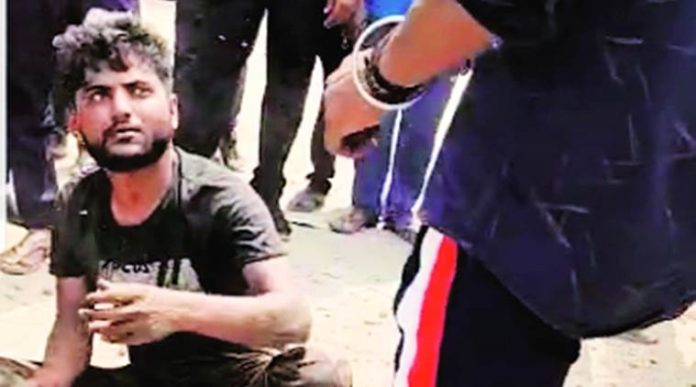 Police had arrested a man on Friday evening, who claimed during questioning that the group tried to stop the driver as they suspected he was transporting beef.

Police Sunday made a second arrest in connection with the assault on the driver of a pick-up truck, who was beaten up by a group of men while transporting buffalo meat to Gurgaon on Friday. Police have also added IPC Section 307 (attempt to murder) to the FIR.

Police said the accused has been identified as Mahesh (30), a resident of Rithoj village in Gurgaon. “The accused will be produced in court tomorrow. Eleven others involved in the incident have also been identified, and investigation is on to track and arrest them. Section 307 has been added to the FIR,” said Subhash Boken, PRO of Gurgaon Police.

“Given the seriousness of this matter, the case has been transferred to the Crime Unit of Gurgaon Police from Badshahpur police station; raids are on to nab the other accused. Three police officials who failed to take action in the matter on the spot, including the SHO, have also been suspended,” he said.

Police had arrested a man on Friday evening, who claimed during questioning that the group tried to stop the driver as they suspected he was transporting beef.

For all the latest Delhi News, download Indian Express App.

Getting back to work – News – MetroWest Daily News, Framingham,...

Troopers: Driver found dead inside truck off I-77 bridge may have...