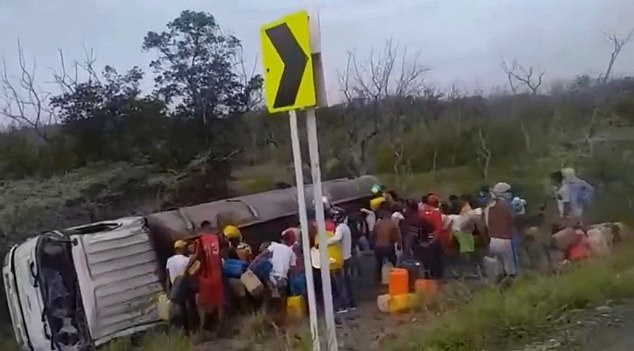 Shocking moment fuel tanker explodes in Colombia, killing 11 residents and injuring another 52 who were stealing oil while cops looked on

A fuel tanker explosion on a highway in Colombia left 11 people dead and injured 52 after they were captured on video attempting to steal oil.

The incident occurred Monday morning in Magdalena, Colombia, after Manuel Cataño lost control of his truck, which had 5,000 gallons of oil, when a giant caiman blocked his path. The tanker overturned and landed on the side in a grass field.

Cataño told Colombian news outlet Noticias RCN that he was able to climb out of the cabin without any assistance before a man arrived on his motorcycle and checked on his well-being.

Residents Tasajera, a city in the northern Colombian department of Magdalena, gathered at accident site Monday to steal gasoline moments before the fuel tanker exploded. So far,  11 people have died and 52 are being treated for injuries

A truck with 5,000 gallons of gasoline exploded in Colombia on Monday. Authorities said 11 have died 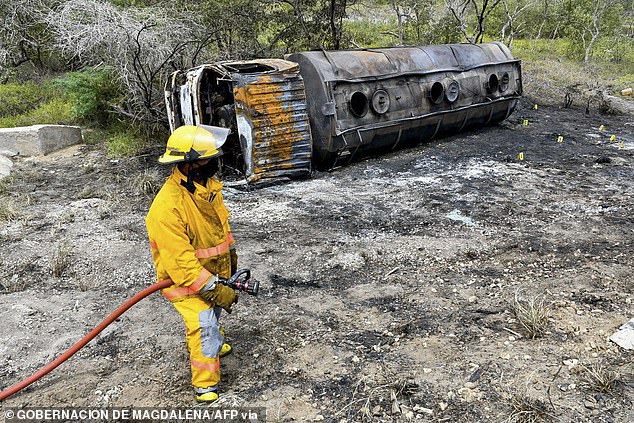 Firefighter stands near the charred fuel tanker that exploded near a highway in Magdalena, Colombia on Monday. The driver told Colombian news outlet Noticias RCN that he tried to avoid running over a large caiman when he lost control of the truck, which overturned

Within minutes, residents from the nearby town of Tasajera showed up with large containers to extract oil from the tank while he was waiting for the cops to arrive.

‘I told them, it’s premium, premium gasoline, that thing could catch fire,’ said Cataño, who initially thought the large crowd was there to help him.

However, he was shouted down and told ‘not to get involved’ while they were banging on a valve with a pipe to extract the gasoline.

Cataño then met with police officers who arrived at the site, but were overwhelmed by the amount of people who had rushed to the truck. 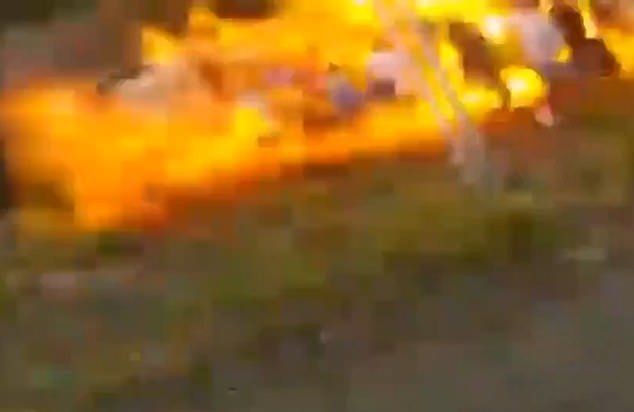 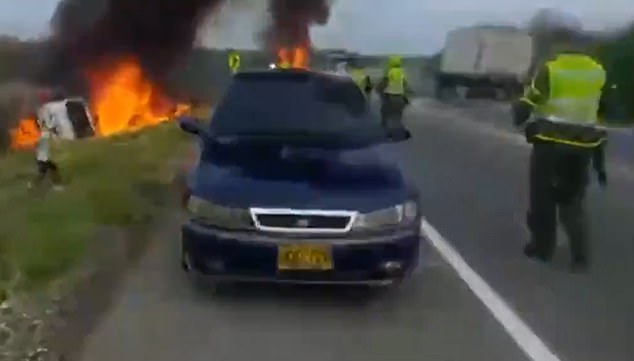 The National Police said at least 120 people were present at the scene.

He recalled turning his back away from the truck and felt the impact of the explosion.

The video footage showed several individuals running for help while their bodies were engulfed in flames.

At least 19 patients who were severely burned were transferred to the capital Bogotá for treatment while the rest were hospitalized in the cities of Ciénaga, Santa Marta, Barranquilla and Valledupar. 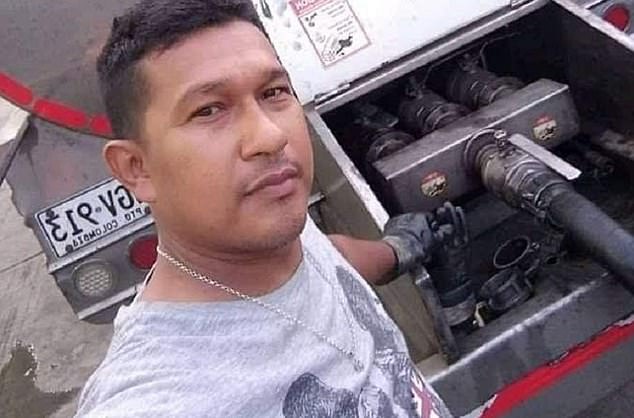