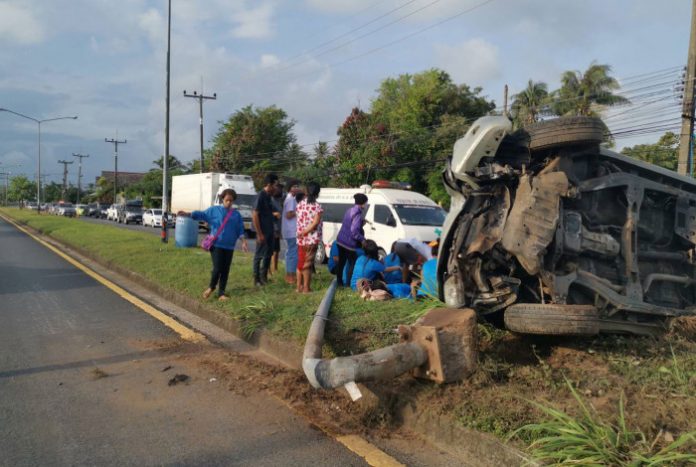 A pickup truck carrying 12 workers to a seafood processing factory in Singha Nakhon district of Songkhla is seen overturned on the road divider after a tyre burst. All workers were hurt, but not seriously. (Photo by Assawin Pakkawan)

SONGKHLA: Twelve workers were injured when a pickup truck they were travelling in rammed into a roadside light pole and overturned in Singha Nakhon district on Saturday morning.

Police and rescue workers rushing to the scene found an Isuzu pickup truck with Songkhla licence plates overturned on the road divider. The vehicle’s right rear tyre burst. A damaged street light pole was found nearby.

A total of 12 workers, all women, were hurt, but not seriously. Some of them were thrown out of the pickup truck during the crash. All were taken to Sathing Phra Hospital.

Ms Wimolrat Chucherd, 44, the driver, was also unhurt. She told police that she picked up the workers in Ranot district and was taking them to a Thai Union seafood processing factory in Singha Nakhon district of this southern province before the tyre burst. She lost control of the vehicle, which then rammed into the light pole and overturned. The incident happened 10 km from the factory. 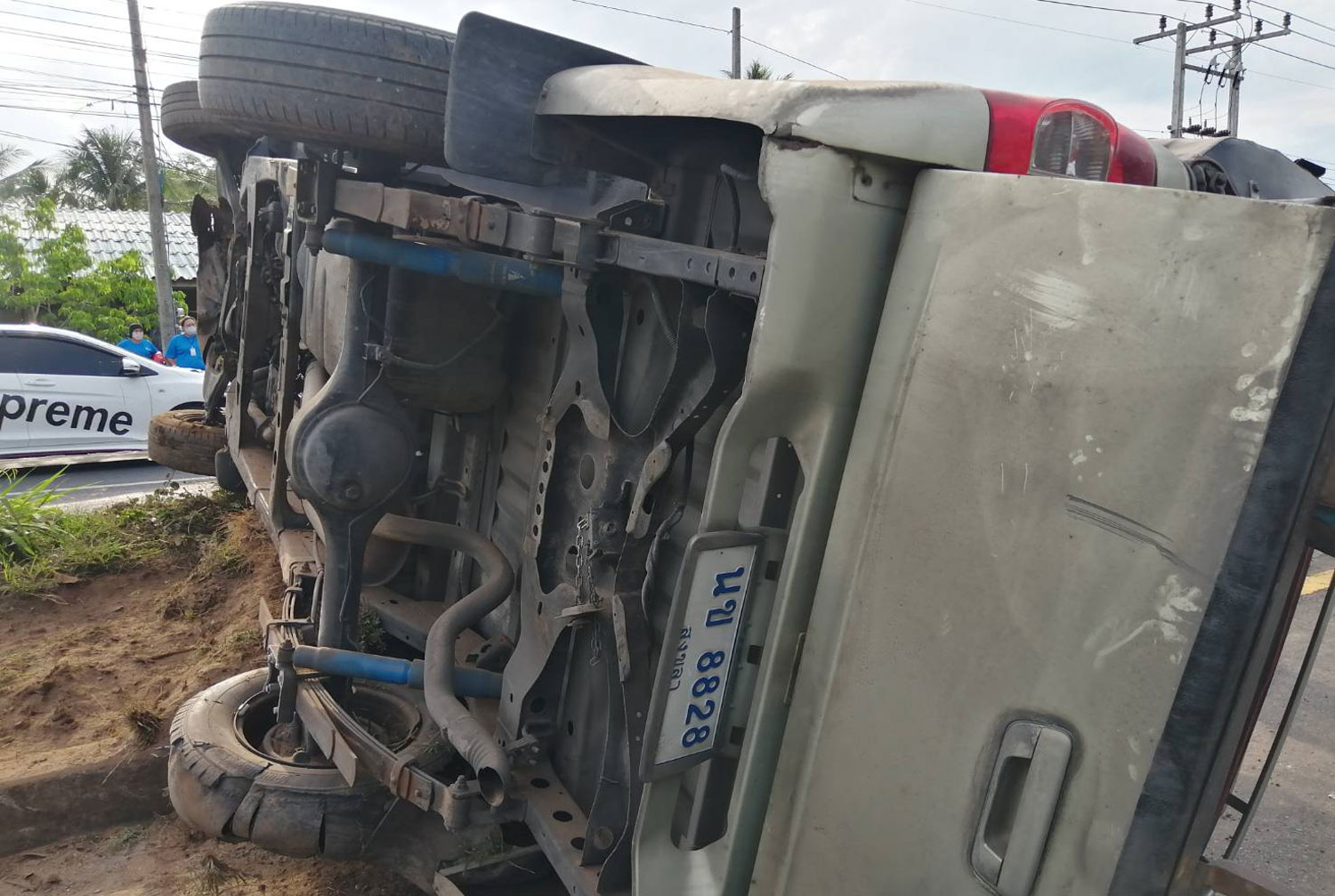