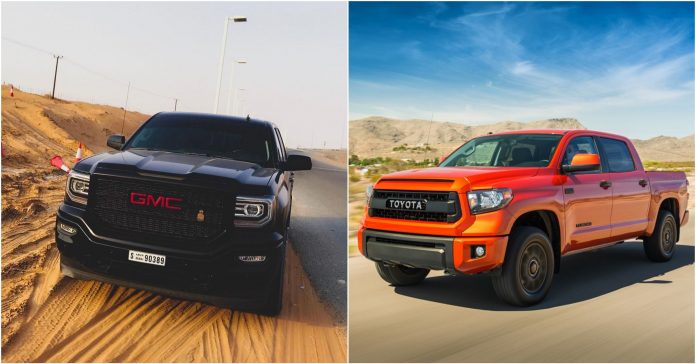 Cars depreciate fast, a tragedy of our modern-day economy. To mitigate the loss and heartache of buying one that will be worth pennies in just a few years, we took a look at some used pickup trucks that will come in handy for your curbside-pickup errands to Walmart or your day-to-day hauling needs. Some brands have proven track records for their reliability and longevity, while at the same time being as comfortable and smooth to drive as an SUV or a sedan.

Of the few cars on record to have reached the 1-million-mile mark, some have been SUVs and sedans, but many are also pickup trucks. Read on to find out about an owner who maxed-out his odometer. We know that the longevity of any vehicle largely depends on a number of factors, namely its owner’s maintenance habits, the terrain it drives on, environmental conditions, and other factors such as garage parking. Some trucks, however, don’t seem to care. They weather the storms and live to tell the tale.

These longest running trucks have had several of their owners hit mileage far beyond 200,000 miles while continuing to be happy with their truck. Generally speaking, diesel versions are the ones that last the longest and happen to have more torque.

The Japanese car manufacturer halted U.S. production in November 2015 but is continuing production internationally and selling through imports. The Mitsubishi Outlander Sport SUV is the most popular car sold by the company in North America, however, their pickup truck, the 2.5-liter turbodiesel Triton, or L-200 traces its roots back to four generations of sales in North America since 1978.

Currently, sales continue globally, except in North America. This truck has a history of reliability and longevity and the company is currently looking to resume truck sales to the North American market in the next few years.

A mid-size pickup truck that was introduced in 2015, the GMC Canyon was welcomed by the market as a spacious, fuel-efficient alternative to its full-size big brother the Sierra Denali. Its engines are built for long-term lifespan and some customers have taken them well over the 150k mile mark with a good maintenance schedule.

In its heyday, the Mazda B4000 was the best handling truck on the market with its 4.0-liter V6, or 2.3-litre, 4-cylinder being the most fuel-efficient. Some of these truck’s owners celebrate online the reaching and passing 200,000 miles very happy with their pickup.

A comfortable luxury pickup truck with an impressive interior, this first-generation Lincoln Mark LT continued on to its second-generation from 2010 to 2014, after which Lincoln decided to concentrate on producing crossovers, SUVs and Sedans, halting production. This truck shares the same engine as the Ford F-150, has a roomy cabin, the ability to carry a ton and a half payload and tow up to 8900 pounds. The truck could make it over 250,000 miles.

Winning over buyers with its aggressive looks, easy stable ride, and superior handling, the GMC Sierra has several features that add to its reliability rating, such as an engine with variable valve timing, direct injection, and other features. Some customers are taking them well over 200,000 miles.

Known for towing capacity over 17,000 lbs., the Dodge Ram 2500 comes with either a 370-horsepower Cummins Diesel or a 395-horsepower gasoline Hemi engine. These numbers fluctuate based on options; however, the quiet smooth ride that is popular among customers is known to last over 250k miles with proper maintenance. This is a fourth-generation of Ram truck, initially established in 1981.

The design team that made this Titan was tasked with marrying North American character with the Nissan look-and-feel. Nissan, being known for its engines, engineered this truck to last well over 250,000 miles if taken care of. Its diesel engine from Cummins is known for durability however the lower-end 555 lb-ft of torque spec did not impress heavy-duty users. Its 5.6-liter gasoline counterpart will put out 401 lb-ft of torque.

Owners have to make regular repairs to replace parts but when done, these usually take this truck well over 200-300k miles. It belongs to the thirteenth generation of F-Series, unveiled in 2015, and has been in production till present-day.

The Ford F-150 is a durable one with 2.1% of owner exchanges in 2017 happening at over 200,000 miles. The standard version brings 282 horsepower with its 3.5 L V-6 engine. Its lightweight aluminum body fitted with an optional V6 twin-turbo or V8 engine leaves owners with little to complain about except some paint and stalling issues which are easy fixes.

The Nissan Frontier is a good candidate for a used truck to buy as long as the maintenance records prove its history. The 2017 Frontier, called the Nissan Navara or D23 elsewhere in the world, was part of the third generation that has continued to be reliably carrying on past 150-300,000 miles.

Have you ever parked your car expecting to run into a store real-quick, only to find you got towed? Chances are that one of these bad-guy F-350s effortlessly whisked your car away. Popular in the towing community for its monstrous power and reliability, these trucks may accrue 400,000 with a diesel engine option.

The Toyota Tacoma 3rd Generation was introduced in 2016 however previous generations of this truck are reported to be still driving on well beyond 300,000 miles until their owners trade them in for newer options. Since it never dies, they just have to find another excuse to get rid of it. Toyota remains a brand name associated with reliability and longevity, all things being equal.

For the GMC Sierra, iSeeCars.com reported that 2.7% of exchanges in 2017 happened at over 200,000 miles, proving the car’s reliability after years of use. Among the favorite features that owners love is the active steering assist on the heated steering wheel, its Bose Audio system, and projector beam front lights.

The highest documented miles of a Chevy Silverado was 1.2 million miles. Having said that, most motorists would have replaced their vehicles long before they reach the 150,000 mile mark. Having a reliability rating of 2.5/5 from JD Power and an award as the #1 in U.S. News’s Best Full-Size Pickup Trucks of 2017, the Silverado has a proven track record under its belt.

The Tundra second generation (2007-present) was touted by Consumer Reports in 2014 as the most reliable full-size pickup truck. It is quite normal to find people shopping for a used Tundra considering models over 150-200k miles to buy. In 2007, one Tundra owner celebrated the rare 1 million mile milestone, effectively maxing-out his odometer. Toyota then went on to dissect the truck in their lab to see what went right for future replication.

In 2017, 3.0% of Honda Ridgeline trucks had an odometer reading of 200,000 miles or more, when changing ownership according to iSeeCars. The Ridgeline’s Generation 2 was introduced in 2017 and is still in production. It has various new features such as a bigger bed, tailgate, and a new transmission.

Next: 15 Bad Things That Shorten The Lifespan Of Your Car


Next
15 Modified Japanese Pickups We Can’t Get Enough Of

Andrew Zoka is a natural creative, a freelance writer, a traveler and car enthusiast who has loved everything about automotive design since his youth. As a writer for Hot Cars, he loves informative storytelling to give new perspectives and entertain. A graduate of Clark University in Massachusetts, USA, he went on to a career as a diplomat and go-kart racer.