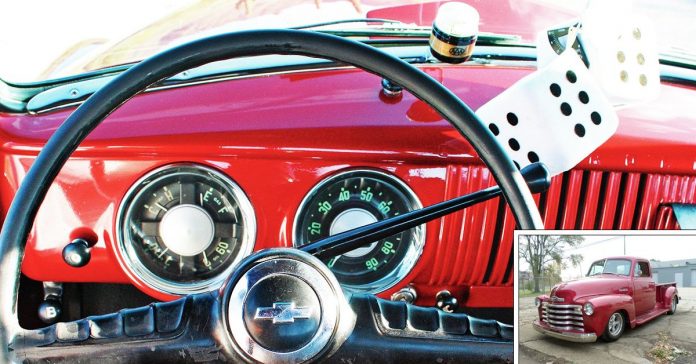 Pickup truck makers are smart. In recognizing this popular vehicle’s appeal, automakers have traditionally focused more on function than aesthetics, practicality over formality, grit instead of beauty. Although more pickups receive the luxury treatment nowadays – which is really only intended for a small niche of buyers anyways – most drivers still prefer the simple, no-nonsense appeal a pickup offers.

That means certain aspects, such as the interior, remain simple. Yet if that sounds like a detriment, it’s not – in fact, the simpler the pickup interior is, usually, the better off it is for it. Arguably, the most important aspect of an interior to drivers, other than comfort, is the gauge cluster.

In an age where Infotainment systems are taking over, it’s an appropriate time as ever to look back at the coolest gauge clusters to ever grace pickups. These clusters aren’t judged by how well they functioned – or even the quality of the pickup itself – but purely off of their looks alone.

Here’s a mix of both classic and modern pickups that sport some of the coolest gauge clusters ever made.

There are few pickups as iconic as the Ford Model A open cab pickup, and few automobiles in history as iconic as Ford’s early models. Built simply, this diamond-shaped gauge cluster doesn’t get any more basic than this. According to Blue Oval Trucks, it displays a gas gauge, amp gauge (for the charge rate of the vehicle’s generator), and finally, a speedometer and odometer.

Sure, Ford’s versatile off-roader gets the attention that it deserves for its great handling and performance, but other details get lost in the shuffle. Consider the gauge cluster one such oversight, which comes with unique display modes. In particular, the 802a option package with digitally rendered gauges is one that really stands out from the rest.

This aggressive V-shaped gauge cluster is a great example of what makes classic dashboards so appealing. Although it displays little more than the basics, its only downside is the risk it poses of distracting drivers who are behind the wheel that should be watching the road more carefully. The minimal wear and rust on this original one only enhances its charm.

RELATED: 15 Ugly Pics Of Chevy Pickups That Were Modified

Every once in a while, there comes along a Ford F-150 Lightning, Dodge Ram SRT10, or the Ford F-150 Raptor of late – a performance truck that makes drivers rethink what a pickup really is. Back in the early ‘90s, that truck was the GMC Syclone, and it had a sick gauge cluster – of standout note was a combination tachometer and boost gauge on the right, a design carryover from the Pontiac Sunbird.

Not only is it the worst pickup on the list, but arguably of all time. Regardless of the pickup’s underwhelming engine and laughable design, Chevy did manage to get the gauge cluster right, which isn’t exactly rocket science. Even if the truck fell short in performance, the instrument panel at least tried to make it look like it fit the part.

Drivers can’t be faulted for failing to notice the gauge cluster in the 2014 Ford F-350 Platinum considering its PowerStroke 6.7-liter V8, the menacing chrome grille, and luxury interior. Once owners come down from its flashier features, they’ll quickly appreciate the smart layout of it and other details, such as the LEDs in the gauges.

RELATED: 10 Times Ford Made A Bad Pickup (5 Times They Blew Everyone Away)

Chevy has had a reputation for offering buyers impressive performance packages over the years, in popular models such as the Camaro and Corvette. On the Silverado, the Z71 off-road package gives the gauge cluster a welcome upgrade that sports impressive graphics. The redesigned dashboard was just one of many new features added to the truck.

The Chevy C10 was a legendary line of pickup trucks and the gauge clusters didn’t disappoint; that helps to explain why there’s two of them on the list from different model years. Plus, according to CJ Pony Parts, 1966 was a sales-breaking year for the light pickups, solidifying its place in the history books.

Drivers have a love-hate opinion of the 2019 Ram 1500 gauge cluster. In our books, though, regardless of what owners think of the flame-like accents, it’s a vibrant panel that gets the job done and looks stylish at the same time. For an even better looking version of it, see the Rebel Exclusive one later on.

Since the Comanche, Jeep fanatics have been clamoring for another pickup from the popular automaker. Today, we have the 2020 Jeep Gladiator, and it doesn’t disappoint. Not only did Jeep decide to base it off of the beloved Wrangler, but it also boasts a great gauge cluster. Now, if they only had installed it with different background screens to choose from.

Years after the 1966 model (covered earlier), the C10 substituted the rectangular speedometer that looked akin to a vintage stereo system for a circular dial in the 1972 model. The Cheyenne trim of the truck boasted an AM/FM radio, power steering, and vinyl interior for owners to enjoy, which served as satisfactory amenities for its time.

Is this the future of pickups? If so, the future looks bright, with its 614 hp and unique boxy design. The interior is clean and stylish, with the gauge cluster clamoring for all the driver’s (and passengers’) attention. Minimalist and appropriate to the truck’s overall design, startup Bollinger Motors has the right vision.

Italian automaker Lamborghini made a monster in the LM002 that deserves every bit of the ridicule it gets to this day. If there’s one silver lining we could make a case for, though, it’s the lavish interior. At the heart of its insides is a stylish gauge cluster with wood accents that raises its profile a bit more than its notoriety would have you believe.

The Chevrolet Advance-Design came about in the wake of World War II and remains beloved to this day. As recognizable as the tall hoods and “bull nose” grille made the exterior, however, the gauge cluster was memorable too. The left side had gauges for temperature, fuel, oil pressure, and an ammeter along with a speedometer on the right – but simplicity is beautiful.

Automakers (and businesses in general) are always looking for ways to up-sell its products. Ram is no different with its Rebel, offering an exclusive cluster option. It’s got the Rebel badge, a digital readout on the screen (to remind you it’s a Rebel), and gauges with red rings. It may be a sales gimmick, but it’s sure a looker.


Next
These Massive Trucks Are Useless As Daily Drivers

Raminator: ‘Suddenly we’ve got all kinds of time’ |