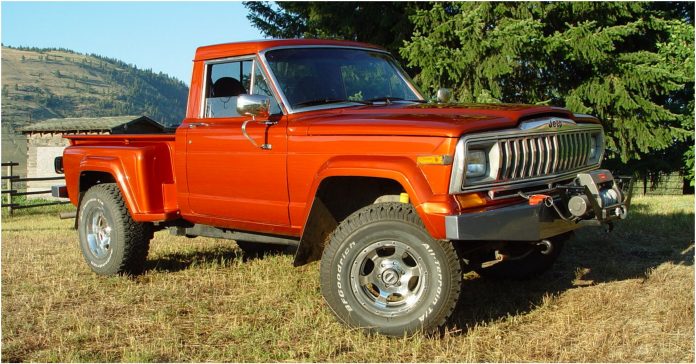 Americans love pickup trucks. According to Hedges & Company, in recent years, pickup trucks and SUVs have dominated new vehicle sales in the U.S., with almost twice as many sold as automobiles. Pickup truck and SUV sales in the first half of 2018 were 5.2 million compared to 2.8 million cars.

What began as a vehicle to help farmers, loggers, ranchers, and construction workers haul tools and heavy loads, is no longer limited to rural America. The pickup has become the transportation choice of many who have never lifted a hay pitchfork or changed the bit on a power drill.

Pickups are now more spacious and luxurious, making them excellent family vehicles as well as workhorses. Basic trucks with vinyl seats still exist for those who need them. However, a new class of premium truck with leather interior and the latest tech has emerged, enticing even more Americans into becoming pickup truck owners.

Sales are not limited to new vehicles. Some buyers opt for older models that are appealing for their classic retro style and powerful drivetrains. Here are fifteen of the toughest American pickup trucks of the ’80s and ’90s.

In the early 1990s, the Ram was floundering, prompting Dodge to make significant changes to the pickup with hopes of improving the truck’s appeal. The company’s efforts paid off. The 1994 version featured a road-holding suspension, anti-lock brakes, roomy and comfortable passenger cabin, and a massive upright grille that didn’t please everyone but delighted enough to improve sales drastically.

The powertrain was the highlight of the ’94 model. Dodge offered a 5.2L 220-hp V8 and a 5.9L 230-hp engine, but the V-10 gave the pickup its muscle. The smooth and quiet 8L, the 300-hp engine provided more pulling and hill-climbing than most owners needed.

Ford produced the SVT F-150 Lightning for three years before discontinuing the performance truck in 1995. But the Lighting was brought back to life in 1999, featuring a much-improved engine. The 5.4L Triton SOHC V8 with forged pistons and an Eaton Roots-style belt-driven supercharger produced 360 hp and 440 lb-ft of torque at 3,000 rpm.

The full-size 4,670-pound truck can tow a 5,000-pound trailer, and according to Ford, accelerate to 60 mph in a respectable 6.2 seconds. The top speed of 140 mph was aerodynamically limited.

In 1988 the trucks were equipped with a 6.2L 126-horsepower V8 engine or a 4.3L 160-horsepower V6 engine. The pickups used either a three- or a four-speed automatic transmission sending power to rear or all four wheels.

One owner described her truck: “Great Truck — It has wonderful power, and good handling. It has wonderful build quality, American built. It has a sleek exterior. The gas mileage is horrible, but on the other hand, it is an older truck.”

GMC went to the parts bin when it created the Syclone. Starting with the Sonoma compact pickup, a turbocharged 4.3-liter V6 mated to a four-speed automatic transmission was added. The 280 horsepower was sent to an all-wheel-drive system developed for the Astro minivan. Then, GMC fitted the Syclone with the Pontiac Sunbird Turbo instrumentation.

The result was a truck rated as the third-fastest American built vehicle, closely following the Corvette ZR-1 and the Dodge Viper RT/10. Production testing showed the Syclone accelerating to 60 mph in under 4.5 seconds and reaching the quarter-mile in less than 14 seconds at nearly 100 mph.

In the early 1980s, Dodge was losing the heavy-duty pickup truck battle with Ford and Chevy. Considered a bit of risk at the time, the company decided to equip the 3/4- and 1-ton Ram trucks with a 5.9L Cummins straight-six turbodiesel. Although the engine was rated at only 160 horsepower, it generated an enormous 400 lb-ft of torque at only 1,700 rpm.

In 1983, Ford introduced a tough midsize pickup truck that eventually evolved into the Bronco II SUV, and later the iconic Ford Explorer. The Ranger was designed for fuel economy with a city EPA number between 26 and 28 mpg as the goal.

To achieve the goal, Ford conducted a finite-element analysis to reduce weight (2,526 lbs. for the base truck), and it spent more than five-hundred hours in the wind tunnel to achieve a 0.45 drag coefficient.

The underpowered engine also helped with fuel efficiency. The base 2.0-liter four-speed manual took a lackluster 14.8 seconds to reach 60 mph in an unladen truck. However, the Ranger beat the Chevy S-10 that needed 12.7 seconds to achieve the same speed.

The Ford F-150 would make any reviewer’s list of the toughest and most reliable pickup trucks for any decade. Since its launch in 1948, the F-Series Ford Pickup has been the best-selling vehicle in the United States.

The Gladiator, produced from 1963 through 1987, replaced the Willys pickup and FC trucks designed during the post-World War II era.

It was a more modern full-size pickup than Jeep’s earlier mainstays and used an advanced six-cylinder engine. The company also offered optional V-8 engines throughout the life of the Gladiator and for the J-10 and J-20 pickups.

Jeep didn’t make its own V8, so they installed engines from AMC and Buick. The AMC 401 V8 was the largest engine ever offered in a Jeep pickup.

The GMT 400 introduced in 1988 was a substantial improvement to the boxy Chevy and GMC trucks produced from 1973 to 1987. Wind tunnel testing resulted in a much sleeker and attractive body and a lower drag coefficient.

However, the most significant change to the Chevy pickup was the chassis. An independent front suspension (IFS) sprung by torsion bars replaced the old-style solid axle, giving the pickup auto-type steering and a much better ride. The IFS suspension system became the standard for GMC and Chevy light-duty trucks.

The new market of small pickup trucks that emerged in the early 1980s prompted Jeep to transform the popular CJ-7 into a vehicle more suitable for hauling. The company stretched the wheelbase by a full ten inches, grafted a longer pickup truck-like body, and added wooden stake bedsides. The longer wheelbase of the Scrambler helped absorb the bumps and smooth out the ride. The base model was fitted with a 150-cubic-inch four-cylinder engine generating 82 hp and 125 lb-ft of torque.

Based on the GMT 400, GM created the high-performance the black-only 454 SS beast with an engine borrowed from their heavy-duty trucks. The company started with the 454-ci big-block V8, mated to the Turbo 400 three-speed automatic and a 9.5-inch rear axle. A four-speed automatic was later substituted, and the power increased to 255 horsepower and the torque to 405 lb-ft. The truck accelerated to 60 mph in just over 7 seconds, almost as fast as the Camaro at that time.

related: 10 SUVs That Can Keep Up With Sports Cars (5 Trucks That Will Leave Them In The Dust)

An improved suspension, better brakes, and a choice of more powerful engines than its predecessor gave all of the Super Duty F-Series trucks more capacity to carry heavy loads and pull weighty trailers. The improvements also made the workhorse Super Duty a joy to drive.

Most drivers think about a convertible in a sports car trim, with the top down, wind in the hair, and handling characteristics suitable for the most demanding mountain roads. But a convertible pickup truck?

In 1989, Dodge partnered with American Sunroof Corporate to combine the utility of a pickup with the open-air experience of a convertible. Dodge equipped the Dakota Sport Convertible standard with a 3.9L V6 engine producing 125 hp mated to a five-speed manual. Although the truck was unique, it proved to be more of a novelty than a practical purchase. Dodge sold only 3,000 units in the first year.

In 1989, Phil Berg, Car, and Driver wrote, “The trendy have discovered pickup trucks. It’s new territory for enthusiasts too. The big-engine-in-a-small-car concept gave us the GTO, Road Runner, the 442, and other factory hot rods of the sixties. And now we have the new Shelby Dakota, a truck born in exactly the same tradition.”

In collaboration with Chrysler, Carroll Shelby helped ignite the performance truck trend. He removed the Dakota’s ordinary 3.9L V-6 replacing it with a 5.2L V-8 generating 175 hp connected to a 4-speed automatic.

In 1990, legendary racer Rod Hall joined forces with Carroll Shelby to create the Signature Series trucks based on the Dodge Ram 150. Each vehicle was fitted with a bed-mounted light bar, pre-runner bumpers front and rear, and Rod Hall driving lights. What’s more, the truck came from the factory with a lifted suspension.

While the Baja racing-inspired truck was awesome to look at, the power plant was a bit disappointing with an underwhelming 318-ci V8 that produced just 170 hp. It sounds like an excellent candidate for an engine swap!

next: 15 Of The Most Powerful Production V8s Ever Built


Next
These Massive Trucks Are Useless As Daily Drivers