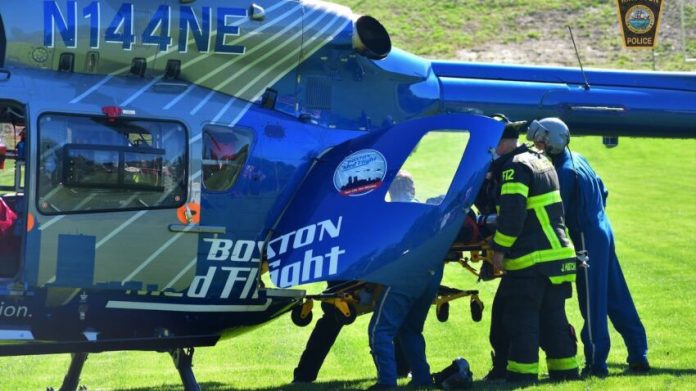 An 18-month-old child was flown to the hospital Saturday after being struck by a pickup truck driven by an 88-year-old man in Kingston, local police said.

Emergency personnel responded to the incident on Station Street around 9:42 a.m. when they received a call that the toddler had been hit by a 2004 Dodge Dakota truck driven by the Pembroke man, police said in a statement on Facebook.

Kingston fire personnel arrived on scene shortly after and began to treat the child, who was then transported by a medical helicopter to Boston Children’s Hospital with non-life-threatening injuries, authorities added.

Police said they will not be filing any criminal charges against the driver, noting that officers reportedly found no negligence in the man’s driving and age was not a factor.

Station Street was closed for a period of time on Saturday as authorities investigated the incident. The area has since been reopened, police said.

Authorities did not say how the toddler ended up in the street, and no further updates on the child’s condition have been released as of Sunday morning.