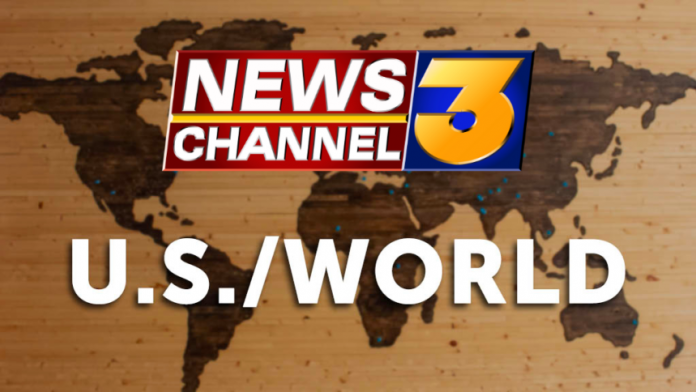 The first shooting happened just before 5 p.m. Saturday near Union and Thekla. Police said a man with gunshot wounds was dropped off at a nearby hospital. He is in critical condition.

Around 7:15 p.m., a man in his 30s was shot in the in the 4200 block of Ashland. The man told police he was struck by a bullet while driving the area of St. Louis Ave and Newstead. He was stable when he was taken to a hospital.

Homicide detectives were called to a deadly double shooting in the Kingsway West neighborhood at 9 p.m. Once there, they found, Robert Cannon, 36, dead in the 5300 block of Cote Brilliante. A teen was also shot in the foot but taken to a nearby hospital for treatment.

Thirty minutes later, 15-year-old Malik Valley was shot in the 3900 block of Evans. Officers said the boy was taken to the hospital where he later died.

Just after 11 p.m., police say a man in his 40s shot a 16-year-old boy. Police said he was standing at the corner of Virginia and Bates when the suspect approached in a black truck and shot him.

Officers then found a man in his 50s gunned down inside his car in the area of N. Garrison and Montgomery around 12:20 a.m. Police say the car hit a pole. He later died from his injuries.

Around 12:45 a.m., a man was shot in the 1300 block of Hodiamont as he was exiting a store. He was treated from a local hospital and released.

Around 1:15 a.m., a woman was shot near Vandeventer and St. Louis Ave in the Greater Ville neighborhood. Moments later, a man was dropped off at a local hospital after being shot in the arm near Goodfellow and Switzer.

Another man was hospitalized after being shot in the head at 2:30 a.m. in the 3600 block of Hamilton. Police said he got into an argument with two suspects as he was leaving the Budge Inn.

Almost 30 minutes later, detectives arrived back to N. Garrison Ave near Hebert to investigate another shooting that left a man injured.

Crime scene tape blocked off a section of 900 block of S. Broadway near a BP gas station following a double shooting that left 21-year-old Jaymes Jackson dead and a 22-year-old in critical condition. The shooting happened around 3:20 a.m.

Just before 4 a.m., a man was shot in the shoulder near Romaine and Hodiamont. He was taken to the hospital for treatment. Police say a man in his 50s got out of a white truck and shot the victim as he was walking.

“I am outraged over the shootings and violence that have occurred over this Memorial Day weekend. Too many guns. Too much anger. Too many sad families. A sad, tragic beginning to summer. Please, no further retaliation. Put down the guns.”

There have been at least 63 homicides in St. Louis City this year. That’s close to the same total as this time last year despite the coronavirus outbreak.

Please note: This content carries a strict local market embargo. If you share the same market as the contributor of this article, you may not use it on any platform.