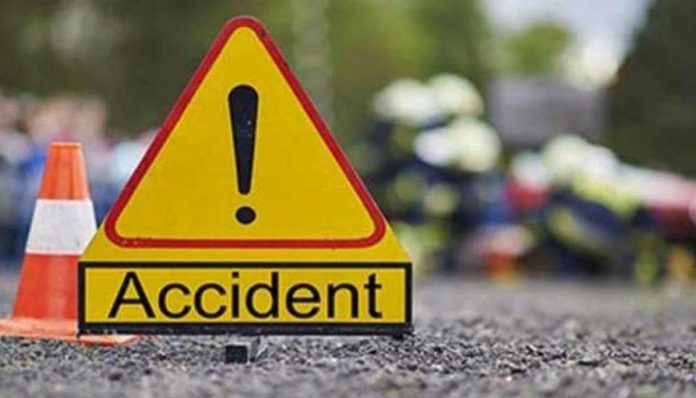 Bhadohi, May 10 (PTI) Two persons were killed and as many injured after a pick-up van rammed into a stationary truck here on Sunday, police said.

The pick-up van was going from Haryana to Bihar and the accident took place on a highway near Amva village here, said Gopiganj SHO Krishnanand Rai.

The pick-up van collided into the truck that had stopped due to a tyre burst, he added.

Rai said the van’s driver and a passenger died, while the two other injured passengers were sent to Varanasi for treatment.

The identity of the deceased is yet to be ascertained and the bodies have been sent for post-mortem, the station house officer said.

NWI Business Ins and Outs: The Quest to be turned into...

One dead, two injured after tanker truck runs off I-64 and...

Decomposing bodies found stacked up in back of unrefrigerated trucks after...