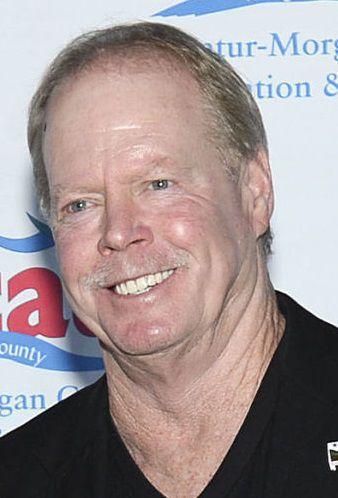 Truckers taking shortcuts are creating hazards and damage on two Morgan County roads, and signs will be posted to curtail access, commissioners said after their meeting Tuesday.

The “No Thru Truck” signs will be installed this week along West Lacon Road from Old U.S. 31 to Duncan Road in District 3 and along Luker Road between Union Hill Road and Alabama 36 in District 4.

“West Lacon has become a shortcut due to the work being done on Interstate 65,” he said. “Contract drivers Google and see that West Lacon is the shortest distance, but it’s not built to handle the truck load. There’s definitely a safety concern there.”

He said he has talked to several drivers of industrial trucks about avoiding West Lacon and most have been cooperative. “But some have not. The (road) base is beginning to fail. Those heavy trucks are beginning to take their toll on it. It will be a major repair if we allow it to continue. Some residents have called about the noise and continued deterioration of that road.”

He said truckers driving north off Old U.S. 31 and U.S. 31, and turning left on West Lacon are the issue.

“I’ve spoken to the sheriff’s department and asked them to put it in the warning mode right now, and we’ll see how (the truck drivers) react before we have to take bigger steps,” Stisher said. “I don’t want to do that, but they need to comply with the signs.”

“If we make stops, we would have the option to ticket them,” he said. “It would be up to the officer’s discretion.”

Stisher said the West Lacon Road route is about 5 miles long. He added that as restrictions for the COVID-19 pandemic are relaxed, the traffic will likely increase.

Alabama Department of Transportation spokesman Seth Burkett said an 11-mile repaving project from Vinemont south to Exit 205 should be completed by late summer. “This was a night project, but the contractors switched over to day work a couple of weeks back because of decreased traffic on the interstate,” he said.

ALDOT is repaving the southbound lanes and there has been “little delay” to traffic on I-65, Burkett said.

District 4 Commissioner Greg Abercrombie said the Luker Road issue arises from truckers and other motorists wanting to shave off about 0.75 of a mile and avoid a traffic light on their route from Union Hill Road to Alabama 36. He said Union Hill Road is a portion of the state detour route created when U.S. 231 was severely damaged and closed from floodwaters in February.

Burkett said the affected portion between Morgan City and Lacey’s Spring is expected to remain closed for several months. He said Luker Road is not part of the detour and that truck traffic is not allowed on Union Hill Road, which is part of the passenger route only. Truck traffic is restricted to Alabama 36, Alabama 67 and I-65, he added.

“The truckers are tearing up Luker Road,” Abercrombie said. “It’s a little hard for those big trucks to turn onto Luker Road because it’s narrow. It’s not straight and safety is an issue out there.”

He said sometimes as many as 80 vehicles are on the half-mile Luker Road. “Sometimes the traffic is stopped because there is so many vehicles on it,” he said. “We’re getting calls about safety and the road wasn’t built for the heavy traffic. Once 231 reopens, the problem will be alleviated.”

He said he believes it will be the spring of 2021 before U.S. 231 reopens in his district.

Hunger stalks people thrown out of work in America