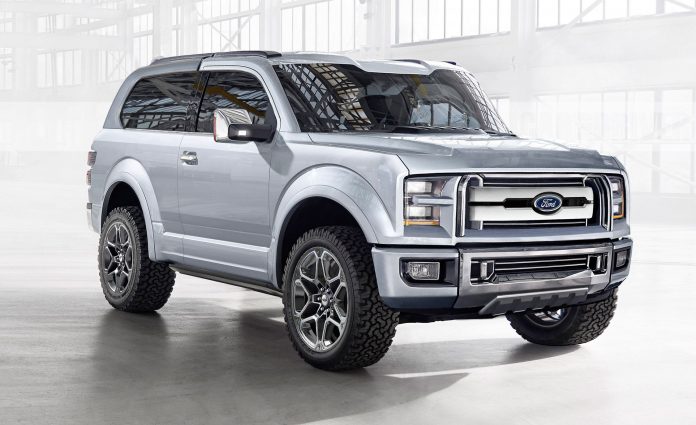 After what seemed like an eternity, the 2021 Ford Bronco is finally debuting on July 9 after 25 years of absence. Ford went to Instagram last Saturday to make a subtle announcement. The all-new Bronco was slated to appear a couple of months ago before COVID-19 reared its ugly head. But now, it’s finally official.

Ford’s been teasing the Bronco’s return since 2015, and the Internet’s been going crazy ever since. The final details and specs are yet to be announced, however, but we know a couple of juicy tidbits to tide you over. Apparently, the new Ford Bronco is destined to go head-to-head with the Jeep Wrangler and Toyota 4Runner, so it has a few neat features worth mentioning.

The new Bronco is expected to have removable doors, a removable roof, and a high dose of ruggedness with chunky tires, standard AWD, and tough body cladding. Also, the Bronco will be offered in two models. The standard model is based on the underpinnings and body-on-frame construction of the Ford Ranger pickup truck. It may also have the same 2.3-liter turbocharged inline-four of the Ranger, but we’re pining for a larger and more powerful turbocharged V6 on higher trim models.

And while the new Ford Bronco will be offered in four-door and two-door body styles, a smaller Bronco called the Bronco Sport is also in the pipelines. But unlike the bigger model, the baby Bronco will most likely share a car-like unibody platform. Based on a leaked VIN decoder obtained by the folks at BroncoSportforum.com, the base Bronco Sport is equipped with a 1.5-liter turbocharged three-cylinder engine with 180 horsepower.

Meanwhile, the Bronco Sport will also come with a 2.0-liter turbocharged four-banger, which most likely is good for up to 250 horsepower and 280 pound-feet of torque. We’re guessing a manual gearbox is standard while an eight-speed automatic is also available across the lineup. Also, we’re pretty sure the standard Bronco will have an all-wheel drivetrain while base trim models of the Bronco Sport may come with front-wheel drive.

Thankfully, we only need to wait for a couple of weeks to finally see the reincarnation of Ford’s Bronco SUV. Mark your calendars on July 9.

Len Ingrassia: Toyota Tundra base price is a bargain | Business