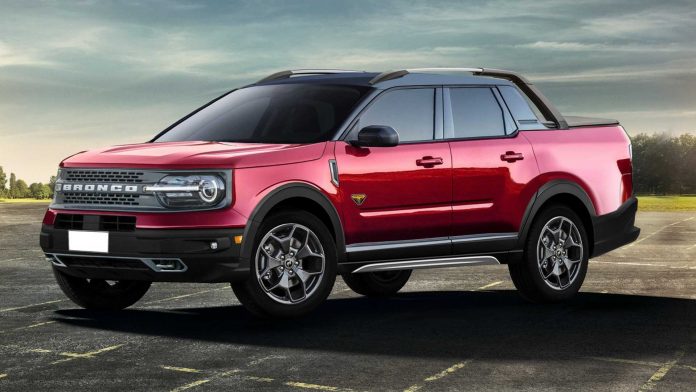 Well, that was fast.

After 25 years, the Ford Bronco is back – and judging by the first reactions, it’s going to be a market hit. We can already confirm that several additional equipment packages, special models, and limited-edition trims will be introduced during the next few years, and we’ve been wondering whether a Bronco truck is in the cards. We still don’t have an exact answer to that question but at least now we know how it could look like.

This rendering comes just a few hours after the big debut from last night and is the work of designer KDesign on Behance. It proposes a lifestyle pickup truck based on the new Bronco Sport and borrowing its front fascia from the new Escape-based SUV. Honestly, it’s not exactly what we would expect a Bronco truck to look like but it’s definitely worth your attention.

According to a report from last summer, Ford could actually launch its new compact truck in the United States under the Bronco moniker. We haven’t heard more details in the last 12 months but given that the Bronco is now a sub-brand for the automaker, the report from August 2019 makes at least a little sense.

In addition, in April this year, it was reported that the new sub-Ranger pickup would share its powertrain options with the Bronco Sport. This means it should get 1.5- and 2.0-liter EcoBoost turbo engines hooked up to an eight-speed automatic and an all-wheel drive as standard.

There are still many pieces of the puzzle to be put together but with the new Bronco and Bronco Sport out, we believe it won’t take long until we see Ford’s new truck. Will it receive the Bronco name? Only time will tell.