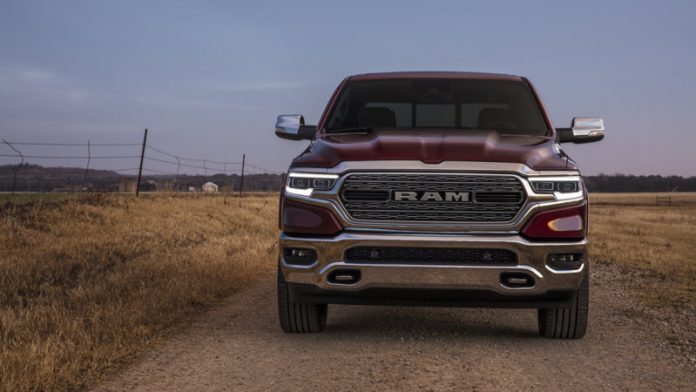 The Ram 1500 is getting a handful of updates for 2021, including handy new tech, updated convenience features, and a new Limited Longhorn 10th Anniversary Edition with unique trim elements.

We heard hints about the Limited Longhorn earlier in August, when it was reported that it might replace the Laramie Longhorn model in the Ram 1500 lineup. Now we know that it’s an equipment package that bundles unique door bolsters, seat insert, trim bezels, center stack surround, speaker grilles, berber carpet and a metal pedal kit with Longhorn 10th Anniversary Edition badges inside and out.

On the tech front, the Ram 1500 gets two pretty swanky new options. The first is a new HUD, which is a first for the 1500. As with the rest of the truck, Ram’s engineers decided to go big rather than go home, delivering a full-color display that can display five unique elements and be customized via the in-dash Uconnect infotainment center. Drivers can choose between lane departure and lane keeping indicators, adaptive cruise control status, navigation directions, current speed, current gear and posted speed limits.

The second new piece of solid tech is a digital rearview mirror with a 9.2-inch LCD display. Similar to that found in GM’s current half-ton lineup, it can be switched off in favor of an old-fashioned mirror if drivers prefer that perspective to the rear-mounted camera feed.

Ram is also shuffling some options around between trim levels, adding and updating some safety tech, and offering some other new features for the first time, like reverse steering control for the Trailer package. A new snow plow prep option with a 220-amp alternator is also available.

Hospital delivers bodies to Philly Medical Examiner in the open back...