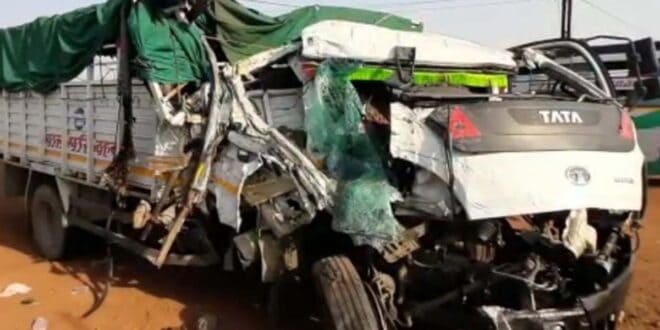 Another day another major tragedy strikes the already ailing migrant workers. At least 24 migrant workers killed and 15 severely injured when a mini DCM truck they were traveling was collided by a trolley in Uttar Pradesh’s Auraiya district at around 3:30 am on Saturday morning.

The victims were travelling from Faridabad to Gorakhpur and were on their way back to their villages in Bihar, Rajasthan and Jharkhand. Incidentally, both the trucks were carrying migrant workers.

While the mini DCM was carrying 81 migrants, the trolley was ferrying nearly 50 labourers from Delhi to Madhya Pradesh. Both the vehicles turned turtle after losing control due to the impact. While 24 people were declared brought dead, 22 injured migrants were admitted to hospital out of which 15 are said to be critical.

This heartbreaking incident has once again thrown light on the tragic plight of the millions of migrant workers across the country amid the Coronavirus pandemic. Last week, 16 migrants were ran over by a goods train while they were sleeping on the railway tracks in Maharashtra.

Oklahoma father charged after his 2 children found dead inside hot...