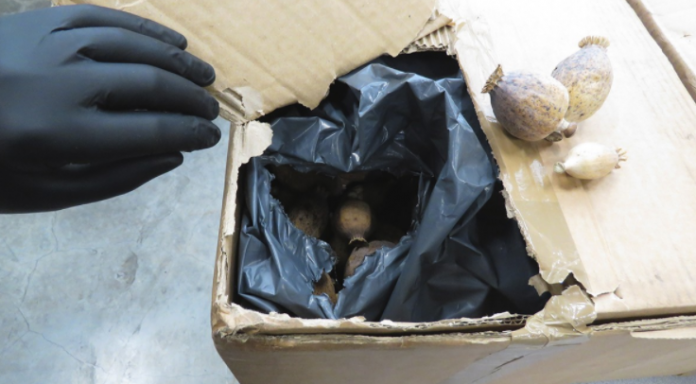 SURREY, B.C. — Suspected opium poppies worth $58,000 have been sized from a truck at the Pacific Highway port of entry in British Columbia.

The seizure was announced by the Canada Border Services Agency (CBSA) and the Royal Canadian Mounted Police (RCMP).

They said the plants were seized Aug. 12.

“After X-ray imaging of the tractor and trailer revealed anomalies, officers continued their examination and located seven boxes of suspected dried opium poppy plants (including the pods), weighing 29 kg total,” the announcement said.

The driver was arrested and released pending further investigation, it said. The suspect’s identity was not revealed.

“The CBSA conducts risk-based screening at the border and works with the RCMP to protect Canadians from all forms of drug smuggling” said Daniela Evans, director of the CBSA’s Pacific Highway District.

Opium poppy and its derivatives are regulated under Schedule I of the Controlled Drugs and Substances Act.

Only licensed dealers under the Narcotic Control Regulations are allowed to import or export opium, with a valid permit, the CBSA said.