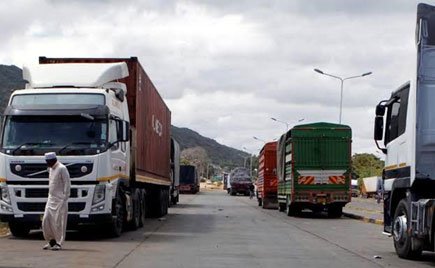 At least 23 more Ugandans have tested positive for COVID-19 as the country’s confirmed cases on Saturday rose to 198.
The new cases are part of 1,187 samples tested on Saturday from the border points and the Uganda Virus Research Institute.

At least 19 of the new cases are Ugandan truck drivers who entered the country through the Elegu and Busia border points while the four cases were from the community.

According to the Ministry of Health, all the community cases are contacts of truck drivers who tested positive for the virus. At the time of testing, the four cases were under quarantine.

The government also blocked entry of 38 truck drivers who tested positive at different points of entry. This brings the number of drivers who have been sent back to 206, since the beginning of the week.
“”Total samples tested today (Saturday) are 1,187. A total of 851 of these are samples from from Points of Entry while 336 are community and contacts,” reads a statement posted on the Ministry of Health social media platforms.

On Friday, Dr Jane Ruth Aceng, the Minister of Health told journalists that it was risky for Uganda to treat foreigners because this was likely to strain health centres and also increase the risk of spreading the disease to Ugandans.

Uganda’s new cases come at a time when the number of cases reported on the African continent is on the rise. In the last two days, the number of confirmed cases on the continent has surpassed the 100,000 mark, with over 3,500 deaths reported.

South Africa and Egypt have the highest recorded cases at over 20,000 and 15,000 respectively. Lesotho and Seychelles have the lowest cases reporting one and 11 cases respectively.

Dr Matshidiso Moeti, the WHO Regional Director for Africa says that even if the number of cases has risen to 100,000 there’s still hope that effects of the disease on the continent might not be as dire as earlier predicted.

“For now COVID-19 has made a soft landfall in Africa, and the continent has been spared the high numbers of deaths which have devastated other regions of the world. It is possible our youth dividend is paying off and leading to fewer deaths. But we must not be lulled into complacency as our health systems are fragile and are less able to cope with a sudden increase in cases,” Dr Moeti said.

Case modelling by WHO estimate that as many as 190,000 COVID-19 deaths could be recorded in Africa within one year of fighting the disease.

Uganda has not recorded any death. However, 65 patients have so far been discharged from different treatment centers around the country.

Bear breaks into a parked pickup truck and makes off with...