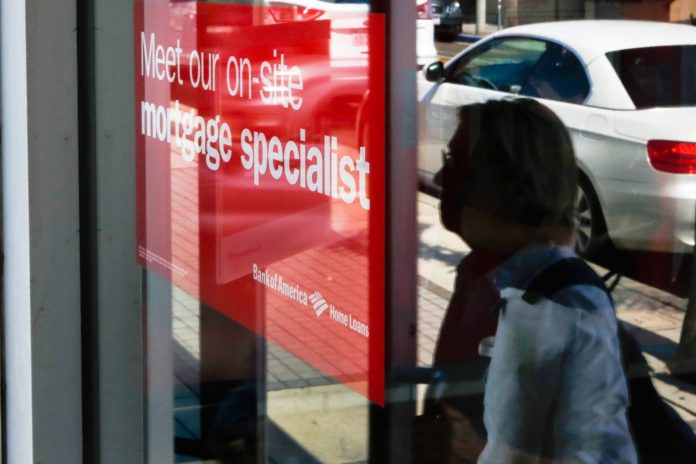 States across the U.S. continue to chart their own paths forward, trying to thread the needle between public health concerns and efforts to restart the economy amid mass unemployment. Another 2.1 million people filed jobless claims last week while continuing claims, or those who have been collecting for at least two weeks, reached 21.05 million, a clearer picture of how many workers remain without work.

This is CNBC’s live blog covering all the latest news on the coronavirus outbreak. This blog will be updated throughout the day as the news breaks.

The data above was compiled by Johns Hopkins University.

12:48 p.m. ET — Returning to the workplace could look different for many people as their employers consider whether to implement measures like temperature screenings and required Covid-19 tests.

In accordance with new workplace guidance from the CDC, legal experts say employers are allowed to temperature screen employees, check for symptoms of the virus and exclude those with symptoms from the workplace without fear of being sued. —Hannah Miller

12:30 p.m. ET — Distress in the rental car market due to the coronavirus pandemic will place additional pressure on the already troubled U.S. auto industry.

New vehicle sales to rental car companies accounted for about 10%, or 1.7 million vehicles, last year. That demand came to a grinding halt due to the coronavirus pandemic, and some analysts expect such sales to be no more than 250,000 in 2020.

Such a rapid decline in sales could cause automakers to raise vehicle prices or discontinue vehicles that heavily rely on rental companies, which could mean fewer jobs at U.S. plants.

Hertz, the nation’s second-largest car rental agency, filed for bankruptcy protection last Friday, followed by Advantage Holdco – the parent company of Advantage Rent A Car, E-Z Rent A Car and several affiliate companies – late Tuesday. Both companies cited the declines in travel devastating their businesses as reasons for their filings.

Sales to rental car companies aren’t as profitable for automakers as those to dealers for individual customers, but they are a major lever for automakers to unload large amounts of vehicles.

12:03 p.m. ET — Fewer homeowners appear to be in need of a mortgage bailout despite the economic devastation caused by the coronavirus, according to data from Black Knight.

As of Tuesday, 4.76 million homeowners were in forbearance plans, a rise of 7,000 from last week, CNBC’s Diana Olick reports. Bigger jumps in the number of people receiving bailouts were reported earlier in the pandemic.

Most borrowers are participating in the government’s bailout program, meaning they can delay payments for up to a year. —Hannah Miller

11:33 a.m. ET — South Africa, which has the most confirmed cases in Africa, says it has a backlog of about 100,000 unprocessed coronavirus test kits, the Associated Press reports.

“This challenge is caused by the limited availability of test kits globally,” the health ministry said in a statement, according to the AP. The country’s backlog was at 96,480 as of Monday.

South Africa has 27,403 confirmed Covid-19 cases and 577 deaths from the virus, according to data from Johns Hopkins University. —Chris Eudaily

10:29 a.m. ET — General Motors will return American plants that produce pickup trucks such as the Chevrolet Silverado to pre-coronavirus levels of three shifts. GM is expected to have the vast majority of its roughly 48,000 hourly workers back to work in U.S. plants by Monday.

Since restarting U.S. vehicle production on May 18, the automaker has slowly been increasing output at its North American plants. The slower pace is meant to allow for time for its suppliers to build inventory and employees to get accustomed to new plant safety protocols to lower the spread of Covid-19.

GM also will begin reopening a plant in Texas on one shift that builds large SUVs such as the Chevrolet Silverado and Cadillac Escalade. All are highly profitable products for the company and are in low supply on dealer lots.

GM spokesman Jim Cain confirmed Friday some employees have tested positive for Covid-19. He declined to comment on the exact number of positive cases and how many employees have been tested.

The drug hydroxychloroquine, pushed by U.S. President Donald Trump and others in recent months as a possible treatment to people infected with the coronavirus disease (COVID-19), is displayed at the Rock Canyon Pharmacy in Provo, Utah, May 27, 2020.

10:21 a.m. ET — A new JAMA study found that prescription fills for hydroxychloroquine surged nearly 2,000% in March when President Donald Trump first touted it as a potential treatment for the coronavirus.

There were 45,858 short-term prescription fills for hydroxychloroquine and chloroquine during the week of March 15, according to researchers at Brigham and Women’s Hospital and Harvard Medical School. The researchers said they used U.S. pharmacy data from 58,332 chains, independent and mail-order pharmacies across more than 14,000 zip codes in all 50 states.

The findings come a week after a study published in the medical journal The Lancet found that hospitalized Covid-19 patients treated with hydroxychloroquine had a higher risk of death than those who didn’t take it. —Berkeley Lovelace, Jr.

9:40 a.m. ET — Chinese airlines for the first time are on track to operate more passenger flights than their U.S. counterparts this month in a shift driven by the coronavirus. Chinese airlines sharply reduced their flying in January as the virus started to spread in China. U.S. airlines took similar measures in March and April, when the wave of infections hit America.

Chinese carriers operated close to 200,000 passenger jet flights through May 27, while U.S. airlines flew fewer than 170,000, according to aviation data consulting firm Cirium. Chinese carriers are now operating 35% below last year’s levels and U.S. airlines’ schedules are down nearly 75%, the firm said.

Carriers had slashed flights after the virus, travel restrictions and shelter-in-place orders drove demand down to the lowest points in decades. While bookings are picking up from the low point as the spring and summer peak travel season gets underway, U.S. demand is still down about 87% from a year ago, according to federal data. —Leslie Josephs

9:13 a.m. ET — The personal savings rate hit a historic 33% in April, the U.S. Bureau of Economic Analysis said. This rate — how much people save as a percentage of their disposable income — is by far the highest since the department started tracking in the 1960s.

The increase in savings came as spending declined by a record 13.6% for the month. The deadly virus, which has caused more than 40 million Americans to file for unemployment, has paralyzed consumer spending habits. —Maggie Fitzgerald

People walk at Strandvagen in Stockholm on March 28, 2020, during the the new coronavirus COVID-19 pandemic. – Sweden, which has stayed open for business with a softer approach to curbing the COVID-19 spread than most of Europe, on March 27, 2020 limited gatherings to 50 people, down from 500.

7:55 a.m. ET — Sweden’s economy expanded at an annual rate of 0.4% during the first three months of the year, official data published Friday showed, following the government’s contrarian decision not to impose a full coronavirus lockdown.

The Nordic country reported stronger-than-anticipated GDP data for the first quarter, even as many other European countries recorded a severe economic contraction over the same period.

As of Friday, Sweden had reported more than 35,000 infections, with 4,266 deaths nationwide, according to data compiled by Johns Hopkins University. It has the highest Covid-19 death rate per capita of any country across the globe, according to a rolling average over the last seven days. —Sam Meredith

An employee and a patient at an intensive care unit at the Republican Clinical Hospital treating patients with confirmed or suspected coronavirus infection.

7:28 a.m. ET — Russia reported 232 fatalities as a result of the coronavirus in the last 24 hours, reflecting the country’s highest one-day spike in Covid-19 deaths since the outbreak began.

It means the country’s official coronavirus death toll has climbed to 4,374.

Only the U.S. and Brazil have recorded more cases of the coronavirus than Russia, according to data compiled by Johns Hopkins University. —Sam Meredith

“A lot of drug companies put clinical trials on hold,” he said, adding that some companies didn’t go forward with planned trials and others suspended ongoing trials. “The agency has been keeping up” so far, Gottlieb added.

The FDA put out new guidance dated May 26 that said the agency might need to prioritize resources because its staff is stretched thin.

“With many staff members working on COVID-19 activities, it is possible that we will not be able to sustain our current performance level in meeting goal dates indefinitely,” the agency said. —Will Feuer

Disclosure: Scott Gottlieb is a CNBC contributor and is a member of the boards of Pfizer and biotech company Illumina.

6:59 a.m. ET — The European Union will conduct an accelerated review of Gilead’s remdesivir as a potential treatment for Covid-19, the European Medicines Agency said, according to Reuters.

The health regulator said its human medicines committee will review the drug on a timeline “reduced to the absolute minimum,” adding that biopharmaceutical company Gilead has yet to submit an application for approval of the treatment, Reuters reported.

The U.S. Food and Drug Administration earlier this month granted an emergency use authorization for the use of remdesivir to treat Covid-19 patients. That means doctors can use the drug on patients hospitalized with the disease even though the drug has not been formally approved by the agency. —Will Feuer