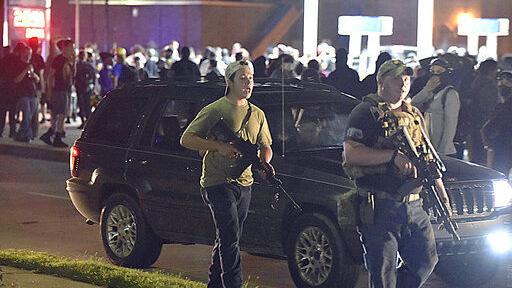 A federal civil rights lawsuit has been filed against Facebook, Kyle Rittenhouse, militia groups, and two people involved in the groups in the wake of Kenosha protest shootings.

The lawsuit filed Tuesday in Milwaukee lists the defendants as Facebook; Rittenhouse, who has been charged with fatally shooting two protesters and injuring another; the Boogaloo Bois; the Kenosha Guard; former Kenosha Ald. Kevin Mathewson, the commander of the Kenosha Guard; and Ryan Balch, who the lawsuit says is an “avowed member of the Boogaloo Bois,” and who “assumed the role of Tactical Advisor of the squad that included Rittenhouse.”

“In our society, heavily armed groups of untrained men are free to possess ludicrous opinions about Hitler having admirable qualities, Black people being intellectually inferior to whites, or our government being controlled by Satan-worshipping pedophiles funded by a Jewish cabal; however, when these beliefs turn into a conspiracy to deprive the rest of us of our constitutional guarantees through threats, fear, assault, violence, and murder, then the actions and coordination of these right wing militias become the subject matter of our law,” the lawsuit states. “We have an army. We do not need people playing army — particularly when their targets are engaged in the expression of fundamental rights.”

ECONOMIC WATCH: Trucking has likely bottomed, but recovery will be slow...