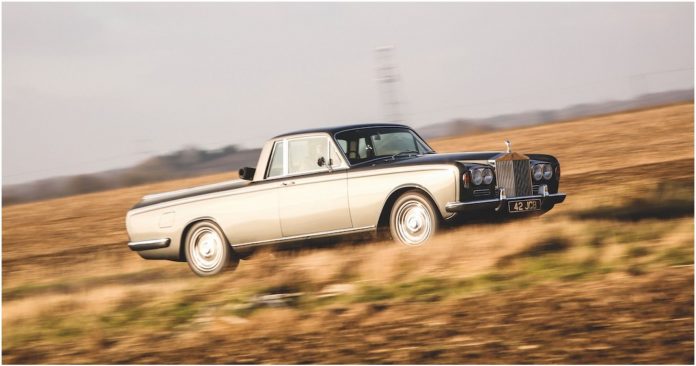 Pickup trucks are a staple of practical and rugged workhorse vehicles. With tough frames, off-road capabilities, and a large rear bed that can haul just about anything, a pickup truck is one of the best vehicles for those who are looking for a practical workhorse that will stay tough no matter the job.

But, pickup trucks tend to sacrifice the comfort and handling that unibody cars provide in the name of practicality and ruggedness. Popular in the past, Utes were the answer to this dilemma, offering the rear end of a pickup truck while being built off of an existing road car.

But factory-built Utes are few and far in-between today, to get a car-based pickup truck, DIY fabrications are one of the only options. But that doesn’t mean every car that undergoes a pickup conversion will be good, in fact, many of these custom pickups are just downright awful.

So read on, to see 5 of the shoddiest and overall awful pickup truck conversions, as well as 5 that are actually well done and pretty cool:

There’s a good reason taxi and police services choose Crown Victorias as their fleet vehicles, its a solid workhorse of a vehicle, much like an old pickup truck.

But this owner clearly took that idea way too literally, welding (or maybe just zip-tying) on the bed of an old Ford F150 to the back of their Crown Vic. Its definitely practical, but does it look good? Definitely not – it seems horrendously done, as if hitting a single pothole could shake the mis-matched truck bed right off the car.

What’s worse than a PT Cruiser? Not much, but Chevy’s version of it – the HHR, is a runner up in terms of awful retro-wannabe economy cars.

How do you make an awful car worse? With a thoroughly shoddy pickup conversion. But the owner of this monstrosity went even further, turning the rear end into a dually. Its doubtful an HHR’s frame could handle anywhere near enough load to make the dually conversion actually useful, but that’s nitpicking on an entire pile of bad decisions.

The main appeal of the Mazda Miata is its light weight and small wheelbase, making it a seriously nimble little sports car.

Even in stock form, adding a pickup bed is a questionable decision, but this Miata truck is past the point of redemption. Extending the wheelbase, this Miata’s agility has been completely ruined, and on top of that, the truck bed looks horribly un-proportionate and un-refined. That’s not even mentioning how badly it needs an alignment back there.

How do you make a Prius even uglier than it already is? Weld on the back half of a Subaru Baja and paint it purple and red.

Already one of the ugliest pickup trucks out there, the Baja’s truck half just looks disgusting when connected to a Prius. Practicality is another issue, but one thing’s for sure, that extended wheelbase must make it a horribly un-maneuverable vehicle to drive. To be fair though, its absolutely horrible in terms of looks too.

An unremarkable economy car from a time when economy cars were a miserable experience, this Geo Metro was given one of the shoddiest pickup conversion of all time.

There’s just too much wrong here, most noticeably the giant exhaust stacks – a highly questionable decision on such a small engine. That’s not even mentioning the truck part itself, as its just stripped down to the frame, and given a tiny bed made out of what looks like a wooden pallet – Its just wrong.

One thing Rolls Royce’s luxury cars aren’t known for is rugged practicality. Even with the new Cullinan SUV out there, a Rolls Royce is one of the last cars you’d expect to see turned into a pickup truck.

But that’s exactly what was done to this vintage Silver Shadow, and it looks strange, yet cool at the same time. Found already converted into a pickup in 2014, this Silver Shadow was given a complete restoration, and now lives out its days doing the complete opposite of what the Rolls Royce factory imagined it would do.

RELATED: People Believe These Myths About Pickup Trucks… And Its Ridiculous

What’s great about this conversion is that it looks like something Dodge would have actually made in some alternate universe.

Offered as a kit from Smyth Performance, the truck half works well with the body lines of the Dodge Charger. Most importantly too, its a refined conversion with no glaring flaws, so much so that it almost looks like something that came from the factory. That’s thanks to it being a proper kit that accounts for flaws that would ruin most other conversions.

Named the “Prelute,” this Honda Prelude Ute (a term for a car based pickup truck) is downright awesome in both concept and execution.

The low slung, long angular lines of the Prelude make the truck half seem right at home. Even then, the conversion has been done with proper quality and refinement, leaving no rough spots to speak of. As well, the slick orange paint, and custom touches make this one epic build, done by Deviant Customs. Although, it won’t be hauling much with that lowered suspension, but who cares when it looks this cool.

RELATED: Here Are The Strangest Pickup Trucks Ever Produced… And We Want Them

Much like the Rolls Royce Silver Shadow, a vintage Lincoln Continental is a luxury land-yacht that doesn’t make much sense as a pickup conversion.

But not making sense doesn’t mean its not cool. Supposedly a conversion done in the 1970s, the Continental MK V looks surprisingly nice with an open rear bed. Few body lines were sacrificed, as one of the Continental’s trademark design points was the extra long rear end, making this pickup conversion look proper.

One of less loved Ferraris out there, the 412 is still a proper Ferrari, and this one was given a nearly blasphemous pickup bed conversion.

While definitely a controversial choice of vehicle to convert into a pickup truck, this Ferrari had it done surprisingly (and thankfully) well. The body lines are mostly intact, and the pickup bed is finished in a refined manner, with yacht-like wood lining the bottom. Still, as cool as it is, imagining using a vintage Ferrari as a pickup truck is a strange thought indeed.

Aaron Young has been addicted to the world of cars, airplanes, and military vehicles since as long as he can remember. With a love for the quirky, weird, and untold stories of the vehicular world, Aaron currently drives a Subaru Baja.