Mattar Mohammed Al Tayer, Director-General and Chairman of the Board of Executive Directors of Roads and Transport Authority (RTA), announced that completion rate in the Trucks Rest Stop Project at Dubai Land, Emirates Road had reached 55 per cent. The construction of the facility, which is undertaken in partnership with the private sector, is the first integrated trucks stop zone that meets the basic and daily needs of heavy vehicle drivers across the Emirate.

“Al Sahraa Group, the project developer, had completed 55% of the project work including preliminary processes preceding the construction phase such as obtaining non-objection certificates, levelling the land, protecting utility lines, and obtaining the final building permit from the concerned authorities,” said Al Tayer.

RTA limits use of elevators at Metro stations

“The station spans 5 hectares and includes 100 parking slots for trucks and other facilities to serve the basic and daily needs of truck drivers and a specialised technical testing centre for heavy vehicles. By establishing this station, RTA aims to sort out issues related to the parking of trucks beside highways and in residential areas. It will also enable RTA to meet the rising demand for truck stops considering that trucks make about 145,000 trips and lift about 3 million tonnes every day in Dubai,” commented Al Tayer.

“The construction of the station will enhance the traffic safety, reduce truck-related accidents, and streamline the traffic flow during the truck ban timings. The project will also increase the engagement of the private sector in the implementation of infrastructure and service projects. It will also generate an additional income for RTA through sharing revenues with the investor, and offer investment prospects for investors in a variety of fields. It will improve the quality of public services, and transfer knowledge, expertise and innovation from the private sector to the public sector. In particular, it will offer government employees an exposure to the management and follow-up of this sort of long-term projects undertaken on Build-Operate-Transfer (BOT) Model,” explained Al Tayer. 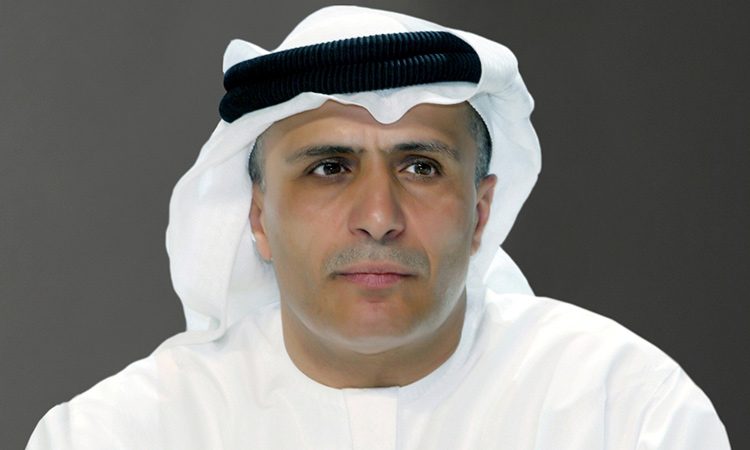 “RTA attaches high priority to land transport as it is important for the flourishing of the economy and trade. The project supports the Dubai Silk Road strategy encapsulated in the 50-Year Charter of Dubai, and the Silk Road Economic Belt initiative. The UAE is a prominent station in the Economic Silk Road and is the gateway to the Middle East and Africa in the project that links the commercial markets in the region,” added Al Tayer.

“RTA had commissioned a comprehensive study of truck movements in Dubai along with site surveys, interviews and workshops with the concerned departments and companies. It has also developed a schematic model to predict future truck movements, and assessed the need for dry ports, or goods assembly and distribution centres. It also evaluated the policies and timings of the current truck movement ban and the need for dedicated roads for trucks in addition to all organisational and structural aspects relating to the management of trucks and goods movement in Dubai,” commented Al Tayer.

“RTA constructed 18 temporary trucks rest stops on the right-of-way of several vital roads in Dubai with a total capacity of 538 parking slots to provide safe and convenient parking spaces for trucks during the ban on truck movements, and they have been fully operational.

“RTA had finalised technical and commercial studies for sites of two permanent trucks rest stops; the first in Jebel Ali Industrial Area 3 near the Sheikh Mohammed Bin Zayed Road, and the second is at Al Ayyas, near the Emirates Road. The two sites will be tendered this December to the private sector. These two stations will have all the requisite facilities and services needed by drivers and trucks. A study is currently under way for an additional site at Dubai Industrial City near the Sheikh Mohammed Bin Zayed Road. It will be released in a tender after the completion of the technical and investment studies,” concluded Al Tayer.