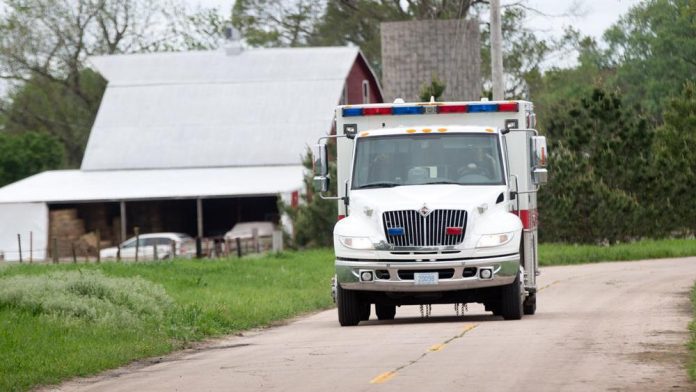 A 65-year-old man was killed Thursday in Sutton, Nebraska, when a pickup truck rolled backward and struck him.

An investigation determined that McCauley had asked a friend, Carman Ulmer, 61, to turn the key of the pickup truck to see if there was power to the truck lights, Landenberger said. McCauley, who the chief said was helping Ulmer move, was standing between the pickup and a gooseneck stock trailer.

The pickup, a half-ton 1991 Ford extended cab, was in gear and rolled backward, Landenberger said.

The accident occurred in the parking lot of the Nolde Community Center about 11 a.m. Thursday.

The Nebraska State Patrol responded to the scene for accident reconstruction. Clay County Attorney Ted Griess released the names of those involved.

Sutton is a town in Clay County of around 1,500 people that’s about 30 miles east of Hastings.

Demand For Pickup Trucks Helps Detroit Automakers Get On The Road...