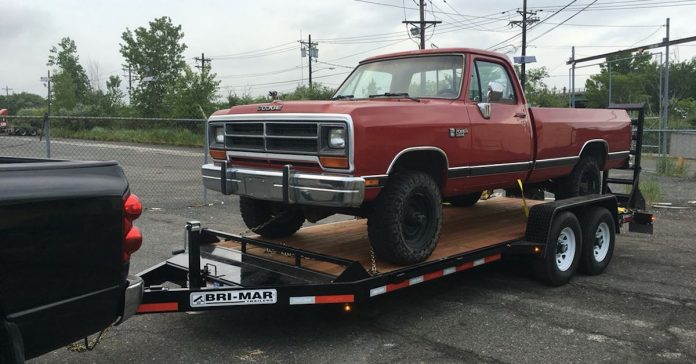 Pickup trucks are light or heavy-duty trucks that are manufactured with an open towing area, an enclosed cabin, an all-wheel-drive (in most cases) for off-roading and powerful engines to support its towing function. Pickup trucks are popular among drivers for their rugged personality and a go-anywhere, do-anything attitude; these are the main reasons why many drivers buy one.

The 1950s, generally considered the golden age of modern car manufacturing, saw the surge in demand for various truck models among consumers. As Americans started embracing the trucking culture and lifestyle, there was a great demand for various categories of trucks. In turn, companies such as Dodge, Ford, and Chevrolet came out on top of the food chain during this time, producing trucks that can best be described as influential.

In the following, we’ll be looking at 7 classic pickups either plagued with problems or too outdated to last long on roads today. In addition, we’ll cover 7 that are so reliable, they could still serve as daily drivers in 2020.

14 No Place On Roads: Ford Model T Runabout with Pick Up Body

The Ford Model T Runabout was among the first pickup trucks by Ford Motor Company from 1908 and they sold over 41,000 units in the first model year alone. It sold 16.5 million units before being replaced by newer models.

However, this vehicle had several issues like overheating, gearbox problems, and many inefficiency issues. Regardless of its faults, the Model T is still one of Ford’s most successful truck models of all time.

Though a more recent entry, it was an instant hit because of its excellent utility system. The half-ton 2001 F-150 SuperCrew is built with a strong V8 engine that produces a 260 hp and torque of 350 lbs-ft. Unfortunately, it’s crippled with engine problems and owners even reported little to no heat in the cabin. Though great for its time, it has since been outclassed by recent entries and has no place on the road today.

12 No Place On Roads: Ford Ranchero

The Ford Ranchero is a combination of the powerful performance of a muscle car and the towing of a regular truck. It was made by Ford Motor Company from 1957 to 1979 and was so successful that over 500,355 units were sold during its production life, as it appealed to a lot of customers who wanted the experience of driving and trucking altogether. Sadly, these have a history of rust problems, making them impractical today.

This heavy-duty pickup truck was powered by a super turbo-diesel 5.9-liter engine comprised of straight 6 cylinders. The truck was manufactured by the former Chrysler corporation and sold over 1.7 million units during its production time. The Ram Cummins was plagued with rust issues and cracks in the frame, however.

Borrowing from the influence of the Hummer H2, General Motor understandably expected the Hummer H3 pickup truck to perform at least slightly close to the H2. The H3 truck had the same SUVs features as the very popular H2, plus issues with its engine, transmission, and electrical units. Even with its great features, drivers are best advised to forget about this off-road vehicle.

The 1958 Datsun 220 was manufactured by Nissan and was its best-selling model in North America during the time of its manufacturing. The Datsun 220 was built to be more economical than its rival products without any major compromise to its quality. However, it wouldn’t satisfy many drivers today, as it only had a 1.2-liter engine with 48 hp.

8 No Place On Roads: Chevrolet Cameo

The 1955 Chevy Cameo was a V8 power engine with automatic transmission and an angry-looking face truck. The Cameo was a trendsetting vehicle with more automotive styling cues than most pickups of its days. It may look stylish and offers a more comfortable interior than trucks for its time, but it’s not a suitable daily driver – especially with only 10,000 units produced, as it has value worth preserving.

The Willys Jeep was made by Willys Overland Motors in 1947 and sold over 200,000 units during the time it was manufactured and was popularly known as the ubiquitous Jeep. The Willys Pickup Truck became popular with veterans of the second world war, even though it was available in only one transmission.

The 1955 Travelette truck was made by the International Harvester Company (IHC), whose mainstay was the manufacturing of agricultural equipment, just like Lamborghini. The full-size pickup truck was built to support farm-related cargo that could not be necessary carried by a tractor. This is a capable work tractor that drivers can rely on in the long run.

The 1979 Hilux truck was very popular in America. With its powerful V6 engine, the vehicle is known for its solid front and rear wheels axle and very reliable engines. The Toyota vehicle sold over 287,000 units in North America alone the year it was introduced and cemented the company reputation among other American brands for building excellent trucks.

Originally built for military use in World War II, the Dodge Power wagon was a very tough nutcracker. The war horse was popular among soldiers for its strength and durability and most of them acquired them on their return to the states after the war. Although its aesthetics may divide drivers today, it still makes for a worthy daily driver.

The Chevrolet 3100 was built to try and upset the dominance of Dodge and Ford in the truck market. It was equipped with a 4.3-liter engine that was common with most great trucks of the time. With up to 600,000 units sold, we can say that it was very successful since it’s been sighted as the inspiration for the 2004 Chevrolet Silverado.

RELATED: The 5 Cheapest Classic Pickup Trucks (And The 10 Most Expensive)

Ford came up with its uniquely built F-100 that was made with a wrap-around windshield. With its nice looks, buyers flocked to get their F-100 and it recorded a total of up to 200,000 sales in the first year alone. Though the final generation of the F-100 was made in 1983, it was replaced by the F-150 which is currently “American’s favorite Pickup”.

The 1973 Dodge D100 Club Cab was built in an era when pickups were getting cheaper but had very little comfort. The D100 resolved that with better comforts and convenience and immediately became the request of most customers. This excellent truck is one we are sure many drivers wouldn’t want to let go of, as it’s especially great for families.


Next
These Italian Sports Cars Are Really Cheap Today

Altercation over wearing a mask at a Rancho Cucamonga gas station...

The Global Used Trucks Market is expected to grow by 12.10...