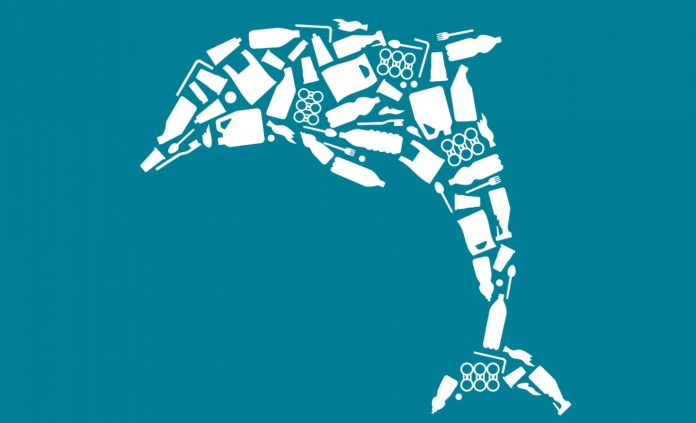 Plastic has gone from the greatest invention of the modern era to one of the most challenging materials to manage. Each year, up to 13 million metric tons of plastic enter the ocean, the equivalent of one garbage truck of waste every minute. The world has responded with countless initiatives, campaigns and agreements to ban plastic straws and bags; 127 countries have introduced legislation to regulate plastic bags.

But here’s the thing: Plastic bags and straws aren’t the ocean’s only pollution problem.

Visible plastic waste near the surface of the ocean — the kind that makes up the Great Pacific Garbage Patch, and garners the most attention — makes up just 3 percent of total plastic in the ocean. Plastic also sinks to the ocean floor, stays suspended in the water column or gets deposited out of the ocean in remote places, making clean-up difficult. The U.N. Environment Program estimated the global damage to marine environments from plastic pollution to be a minimum of $13 billion per year. And a whole host of non-plastic pollutants such as nitrogen and phosphorous fuel harmful algal blooms, antibiotics, heavy metals, pesticides, oil and gas and other debris. These pollutants enter the ocean directly, through rivers, stormwater or the wind. These substances have been damaging the environment, human health and the economy long before plastics became so prevalent.

Protecting human and marine health and harnessing the full benefits of a sustainable ocean economy will require not only reducing plastic waste, but also all ocean pollutants.

The sundry pollutants making their way into the ocean often share common pathways and root causes, such as a lack of access to sanitation and wastewater processing or inefficient use of natural resources. Tackling these root causes can have a compounding effect.

For example, improving wastewater management at scale in a city or region can reduce plastic entering the ocean while also reducing nutrient pollution, which in turn improves the health of fisheries and coral reefs. This means that there is an opportunity to capitalize on the attention being paid to plastic pollution in order to tackle multiple ocean pollutants at once.

A new Blue Paper commissioned by the High-Level Panel for a Sustainable Ocean Economy highlights seven solutions that can reduce plastic pollution while also curbing other types of ocean pollution:

These tactics can’t be done on a small scale or by a single entity. In order to be successful, it is essential that solutions include cross-sectoral public-private partnerships, innovative financing arrangements and capital from a range of sources.

For example, in Muncar, a small village in East Java, Indonesia, public-private partnership organizers built a waste management system and strategy to optimize waste collection and processing for both inorganic and organic wastes, change behaviors, set regulations and build institutional capacity. In December, 47,500 people received waste collection services, mostly for the first time, from two facilities established by the project. These facilities employ 80 local people and have collected 3,000 tons of waste that otherwise potentially would have ended up in the ocean.

By taking bold, integrated actions that address pollution across sectors, we can help build a sustainable ocean economy that can expand economic opportunities and improve the health and prosperity of millions of people. But our road to recovery must include the development of a circular economy. The notion that things can be thrown away is a myth. Plastic and other pollutants continue to pollute long after their shelf life is over. We need to “turn off the tap” and prevent pollution before it happens in the first place.