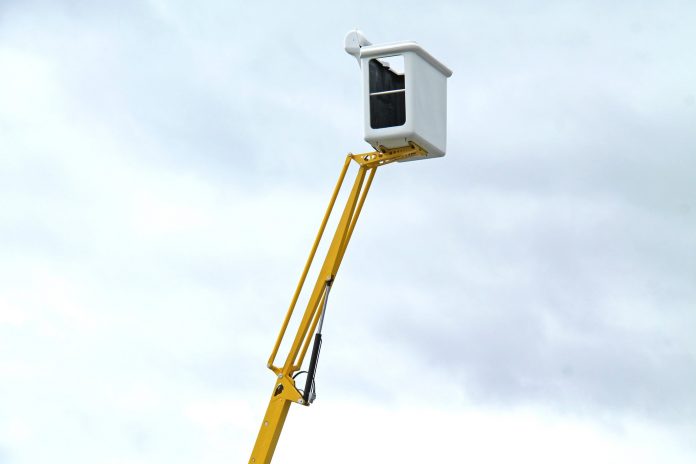 Neither state order nor pandemic can keep 88-year-old Nick Avtges from visiting his wife in her nursing home — so long as he has access to a bucket truck.

Mr Avtges’ wife Marion has been staying in a nursing home in Waltham, Massachusetts for the past year, and each day Mr Avtges would travel to the home to visit with her, staying by her side all day.

James Tracy, president and administrator of the nursing home where Marion is staying, told The Boston Globe that Mr Avtges has been “a very devoted husband” and that he has “never missed a day.”

Sharing the full story, not just the headlines

When the nursing home banned visitors from coming to the center in an effort to prevent the spread of coronavirus in the facility, the Avtgeses were no longer able to have their daily visits.

According to Mr Avtges’ family, the emotional burden of being separated from his wife of 61 years became more apparent each day, so they devised a way to reunite the couple while still observing social distancing guidelines.

After receiving the go-ahead from Mr Tracy, the family rented a lift truck outside the nursing home and strapped Mr Avtges into its bucket. The truck raised Mr Avtges three storeys into the air just outside the window of Mrs Avtges’ room.

What began as a joke between his son and some friends around a bonfire became the literal vehicle for Mr Avtges’ reunion with his wife.

“We laughed,” Chris Avtges, Mr Avtges’ son, said. “But the next morning, I got up and was kind of thinking about it a little more.”

Chris Avtges made a post on Facebook looking for anyone who might own or knows someone who owns a cherry-picker or a bucket truck, and explained what he and his family were planning.

He quickly got several responses, and eventually found a partner in Peter Tzannos, a friend of his from high school who said he could help. While initially Mr Tzannos was going to use a boom lift, he later called on a friend who had access to a bucket truck, who stopped what he was doing and responded to the request for help just a few hours later.

Chris Avtges said he spoke with the nursing home to ensure they knew about his plan and had no problems with it. The facility agreed and worked with him to make the plan a reality.

Chris Avtges said the day that his father saw his mother in the bucket truck was the first time they’d seen each other face-to-face in weeks.

“It was just amazing,” he said. “Awesome and emotional, on so many different levels.”

The excited husband said they could have lifted him “10 storeys and it would not have bothered me.”

“As long as I got to see her. I was just anxious to see her,” he said.

Mr Avtges’ family watched from the ground outside the nursing home to watch as he was lifted up to be reunited with Marion. The couple talked for about 20 minutes, and at one point Mr Avgtes put a note up to the screened window separating them that said “I love you sweetheart.”

After the event, Mr Avtges told The Boston Globe that she replied, “I love you too, more than you know.”

3 arrested after Calif. children found riding in makeshift box on...