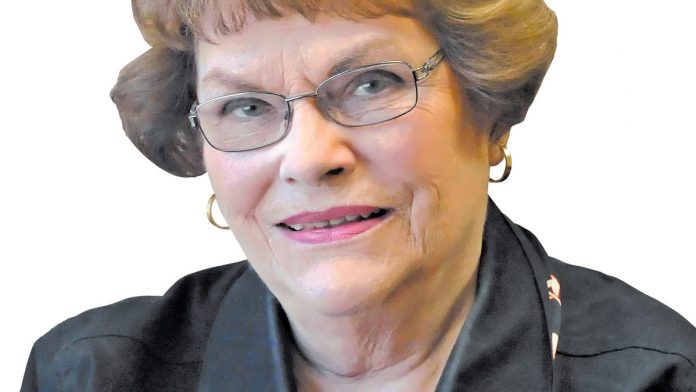 Most of us automatically think of spotted Dalmatians when it comes to pets or mascots at fire stations. However, that definitely wasn’t the case here in Wooster a century ago.

According to a Wooster Daily Republican newspaper article sent to me several years ago by Susan Zimmerman, two pet monkeys were living at Wooster’s fire station in 1917 … and one of the primates had just died.

“There’s a sad monkey at the fire department,” the paper reported. “He is mourning the loss of his wife. Other mourners are Fire Chief Edward Snavely and the city firemen.”

According to the paper, the female monkey had been at the fire department for more than three years and “was one of the family.”

Another 1917 news article told of the motorization of the fire department when the city’s one remaining team of horses was being sold.

“A year ago,” stated the article, “when the big truck and the chief’s car were purchased, one team of horses was kept because of requests of some residents living far from the paved streets who feared the big truck could not get through at all times of the year.

“During the year, however, the big truck has pulled through every fire without the slightest hesitancy, and officials think there is no doubt but that it can get anywhere the horses can go drawing a load.

“The maintenance and cost of operating a truck,” stated the newspaper, “is much less than the cost of maintaining a team of horses.”

Several weeks ago Sam Wagner’s memories of Charley Daugherty — the Wooster man who did business with local trappers — were shared in this column.

The column prompted a response from Daugherty’s niece, Sue Foster Smith. She pointed out that her uncle and his sister lived at the corner of Mulberry and South Grant streets.

“She was my Grandma Ella McAfee,” Smith explained. “My uncle would skin muskrats and raccoons in the garage. His ‘truck patch‘ was on Hillcrest Drive next to the radio station. He sold most of his produce to Smith’s Market and some from the home.”

An Orrville Courier-Crescent newspaper from 1952 announced that Orrville’s long-dormant Ku Klux Klan clavern had apparently been dissolved for good.

That was the general assumption after a Jewell Tea Co. salesman found a small hand press discarded between some boxes in the rear of his truck. The discarded stamp read “Orrville, Ohio, Klan No. 119.” He turned it in at the Orrville Police Station but no one ever came to claim it.

The many churches in Wooster share a mutual goal — to serve their members in such a way that the city and its citizens will be better because of what is taught in the various houses of worship.

One example of this inter-faith cooperation came about back in the 1950s when Wooster Community Hospital was built and the chapel was established.

The chapel materialized following meetings in which a Jewish rabbi, a Catholic priest and a Protestant minister made possible a quiet spot in the hospital for people to meditate and pray.

Wooster and Wayne County sent around 3,000 men to serve in the Civil War.

Thought you should know.