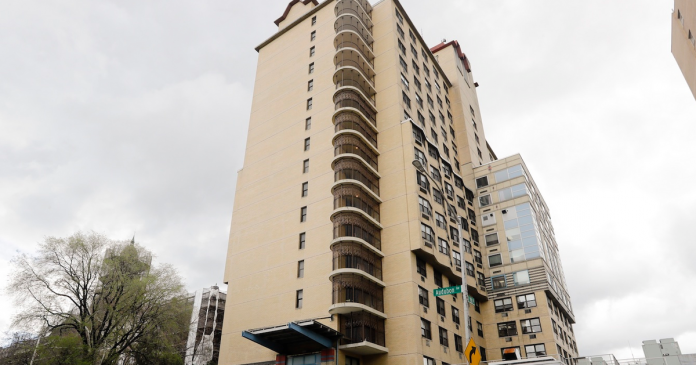 A nursing home in New York has had to order a refrigerator truck to temporarily store bodies, after reporting a “horrifying” death toll of 98 residents from the coronavirus.

The staggering number of deceased at the Isabella Geriatric Center in Manhattan has shocked public authorities, after an official tally of nursing home deaths listed only 13 at the facility as of Friday, the Associated Press reported.

The 705-bed center has said 46 residents who tested positive for COVID-19 had died as well as an additional 52 people who were “suspected” of having the virus. Some died at the nursing home while others passed away in local hospitals.

The Washington Heights facility has been so overwhelmed that it was forced to order a refrigerator truck to temporarily store bodies, since it is taking funeral homes in the city several days to pick up the deceased.

Audrey Waters, a spokeswoman for the home, told AP that they have been facing challenges with staffing shortages and securing personal protective equipment (PPE) for employees a problem many other nursing homes in the city are also experiencing.

But Waters added that they have since hired new staff from outside agencies and that there has been more “access to testing.”

“Isabella, like all other nursing homes in New York City, initially had limited access to widespread and consistent in-house testing to quickly diagnose our residents and staff,” Waters said.

“This hampered our ability to identify those who were infected and asymptomatic, despite our efforts to swiftly separate anyone who presented symptoms,” she added.

It is not clear whether the care home has experienced the worst coronavirus outbreak in the US yet, since fatalities are being reported in different ways, even within the city’s facilities.

But city officials have delivered thousands of respirator masks to the hard-hit care home, with de Blasio saying they are “trying to provide help in every way we can.”

The mayor added: “The one thing we now know about the nursing homes is the status quo cannot continue to say the least. Something very different has to happen.”

Nursing homes have emerged as a deadly source of coronavirus outbreaks across the world , but New York has been particularly hard-hit.

As of Thursday, the state had had at least 3,065 nursing home deaths, which is by far the most in the nation, according to AP.

Responding to the business impacts of Hand Trolley Market 2019 Trends,...