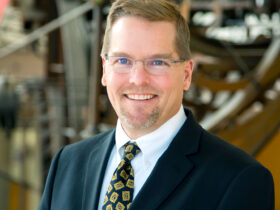 Those were a couple observations shared at ACT Research’s recent three-day virtual seminar.

“Whether or not shifting last mile and home delivery patterns are changing medium-duty truck buyers’ equipment specifications permanently continues to be clouded by uncertainty,” said Steve Tam, ACT vice-president. “But as the market recovers, buyers are showing an obvious bias in favor of smaller vehicles.”

Just prior to the seminar, ACT Research upped its 2020 commercial vehicle forecasts, due to a “perfect storm” of factors.

“On top of the continued steady roll-out of good economic numbers, the sustained rally in spot rates was a key factor in this month’s forecast mark-up,” said Kenny Vieth, ACT’s president and senior analyst. “That said, parked capacity is likely to weigh on the market as those units are redeployed throughout 2021.”

During the seminar, Vieth elaborated: “April’s driver capacity takeout has flipped the script on the supply-demand balance between capacity and freight. The resulting strong and sustained rally in spot rates was a key factor in this month’s forecast mark up. That said, parked drivers and parked trucks returning to the market are likely to put a temporary ceiling on rates as that capacity is redeployed throughout 2021.”

Following an alternative power panel, Jim Meil, ACT’s principal, industry analysis, said “While time frames differ on speed or magnitude of adoption, the consensus of the panel was that electrical powertrains are the wave of the future for commercial vehicles.” However, he noted the pandemic could slow market penetration.

“The Covid-19 recession, in some respects, is a setback for vehicle electrification. It makes buyers risk averse, and pushes back development plans and funding,” he said. “On the other hand, the dramatic improvements of viewlines, thanks to clean air in Los Angeles or New York, dramatically illustrates the potential benefits of a clean, green vehicle fleet.”

Looking at the economy in general, chief economist Sam Kahan said “Uncertainty, unpredictability, and vulnerability best describe the current forecasting environment. Pressure to automate will be intense, especially in the services sectors.”

But Meil suggested “If history is any guide, the expansion that follows the Covid recession will last well beyond 2025, perhaps reaching the end of the decade.”

On the trailer front, Frank Maly, ACT’s director, commercial vehicle of transportation analysis and research, said “Orders have improved after the Covid-driven lockdown levels of spring, but OEMs are still seeking to bring production into equilibrium with order placement. However, there are indication of some ‘green shoots’ in the market that could be pointing toward improving times ahead.”

At the seminar, ACT Research released an updated online total cost of ownership calculator, which now includes social costs. It can be accessed here.