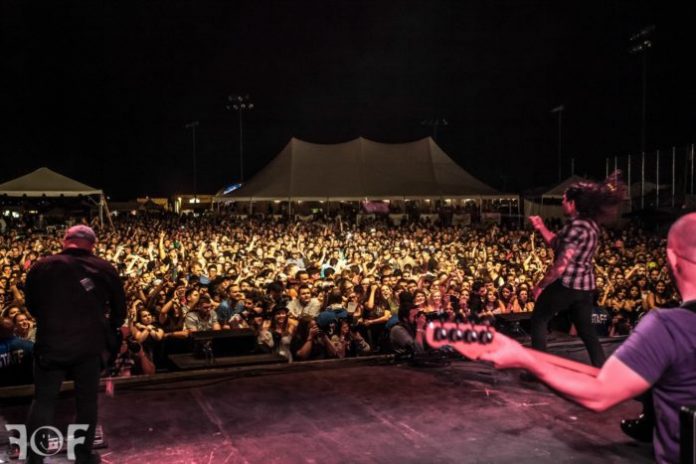 After originally moving from July 2020 to September 2020, Long Island’s Great South Bay Music Festival has taken stock of the current COVID-19 situation and opted to officially reschedule to July 15-18, 2021.

“Wherever we see large crowds getting together, cases are spiking,” reads an official statement by festival founder Jim Faith. “The artists would rather not take the chance either, and when given the choice of performing in September or moving the date, ALL would rather come back a bit later. Remember, most are on tour traveling in close quarters, buses, staying in hotels, some traveling with their families.”

Hey all, I promised an update by Friday, so i’ll share some new info re: the fest.

As you already know we are moving the fest, in its entirety to July 15-18, 2021. We had planned on moving the fest to September 17-20, but as we sit here, a week away from June, it just doesn’t seem prudent, from a health or financial perspective. Wherever we see large crowds getting together, cases are spiking. The artists would rather not take the chance either, and when given the choice of performing in September or moving the date, ALL would rather come back a bit later. Remember, most are on tour traveling in close quarters, busses, staying in hotels, some traveling with their families. Some carrying gear on tractor trailers (truck drivers out of work?, crews out of work). Many of our vendors are not working steadily (production people, staging, concessions, etc). All of these items are tied together by health & economy. Unfortunately! And who has the answer? No one! The virus decides! No, “Rona” has not left the building! Ask any health care professional, or person of science. So Great S Bay will not put any of our family at risk. I wouldn’t let my kids or grandkids hang at my fest, I am surely not going to allow others to take the risk. And as for financial…I make my living by having large crowds hang together while listening to music. we just lost a year, a year of payouts, lost money that we will never see again, and now have no value. Believe us, we wanted to get together in September. But it will be a better show if we move it. Most of our headliners are already confirmed to come back. Mentally, the crowds will feel better about coming out to party. There will be less restrictions on the attendees, and the fest. And as stated by a number of our artist friends, they are going to perform like never before!

Re: tickets: There are the “Festies”, they just love to “Fest”! They attend each year, come down and hang on the shore and hear a lot of different styles of headliners, emerging artists, and just enjoy the fest vibe. But there are the fans that are coming for specific artists.

For current ticket holders, thank you for your trust in us. Your tickets will automatically be transferred to the new postponed show. As a thank you to our ticket holders, we are adding some perks. We are adding a 20% voucher that can be used for food, beer, merchandise, another ticket, etc. Or, we will coordinate your donating your ticket to a health care worker

If your artist isn’t coming back, or you are no longer able to attend, refund requests will be accepted, we will have more info on that shortly.

In my next e-mail, I will try to confirm the artists. Right now I can comfortably say that Tedeschi Trucks – Wheels of Soul Tour is confirmed for Sunday July 18, w the same exact lineup. Also: Rebelution, Bosstones, Third Eye Blind, all confirmed. More coming.

Thank you for being patient and staying supportive as we navigate these new waters.