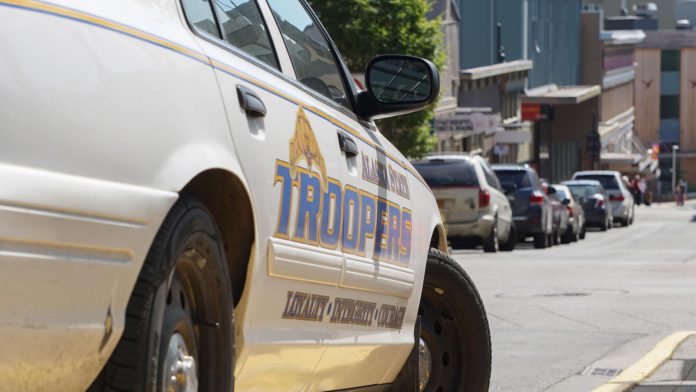 State public health officials have handed down a variety of health mandates aimed at slowing the spread of COVID-19. They carry the force of law including fines and jail time for offenders. But Alaska State Troopers and Ketchikan police say they’ve yet to arrest anyone for violating the mandates.

Anyone who breaks the mandatory two-week quarantine for most out-of-state travelers could face a $25,000 fine or a year in prison. Ketchikan hardware store manager Janice Walker says that’s a good thing. Recently, she says a customer arrived to pick up an order. An employee approached the person’s car.

“And the guy in the truck proceeds to say, ‘Well, I can’t get out and help you load this because I’m in quarantine’ — as they’re talking right next to each other,” she said.

She says the employee was horrified.

“The warehouse guy kind of freaked out and kind of jumped back,” she said.

After loading up the truck, he rushed back inside, changed clothes and disinfected the paperwork the customer had handled.

“It was just a disregard for what he was supposed to be doing, the guy who was in quarantine,” Walker said.

She says she reported the incident to local and state authorities. But it’s unclear whether he or other alleged quarantine-breakers will ever face fines or jail time.

Ketchikan’s emergency operations center said in a statement Monday that local police are doing their best to avoid filing criminal charges. Instead, they hope to “gain compliance through education.”

And Alaska State Troopers are carrying the same message, according to Department of Public Safety spokesperson Megan Peters.

“Unless there’s a criminal nexus, it’s not for the troopers to to sort out,” she said.

In other words, if there isn’t evidence of an additional crime, Peters says troopers aren’t making it a priority.

“You’re not going to see a trooper just walking up to somebody and asking, ‘Why are you in public? Prove to me that you’re not violating a health mandate.’ That’s not the way it works,” she said. “We’re trying to educate people, we’re trying to direct them to the health mandates to read them to read the frequently asked questions.”

But she says it’s difficult for her agency to enforce quarantine requirements for people arriving from out of state.

“So, just because somebody’s leaving their home and taking in getting supplies, are they breaking the health quarantine? Or are they trying to act in the best faith so they can self-quarantine?” she said.

Based on the Frequently Asked Questions for Mandate 10, that’s against the rules — those in quarantine are only supposed to leave the house for medical needs. They’re supposed to have supplies like groceries delivered.

Back in Ketchikan, hardware store manager Janice Walker says she thinks quarantine-breakers should be charged.

“What’s happening — because I’ve had other people say ‘Oh yeah, I know so-and-so, they came, and they just didn’t even bother quarantining’ — is nobody’s taking it seriously,” she said. “And why should they? If nobody’s going to do anything, why bother?”

Despite the stance by Alaska State Troopers, businesses violating mandates could also face civil penalties from the state Department of Commerce. And local police can enforce the mandates more strictly.

But for now, both Ketchikan police and state troopers say they’re focused on informing Alaskans of the hunker down and quarantine rules rather than prosecuting them.

Turn your car electric with this EV kit

Turn Your Yard Into an Oasis with a Goodbye July Special...