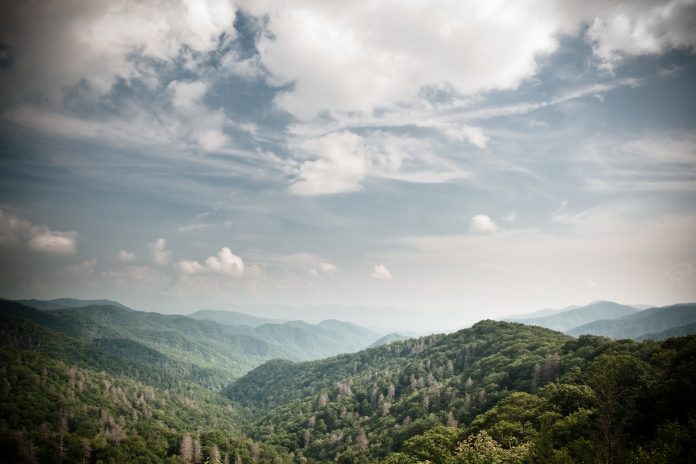 On July 4th weekend, I visited what I like to call the “jagged heart” of Appalachia: the mountainous strip of southern West Virginia, eastern Kentucky, and southwest Virginia. The area is central to how people stereotypically think of the region, with its rugged mountain ranges and contracting coal industry.

It’s also, for these reasons, a place that some commentators think needs to be abandoned. It struggles with generational poverty, drug addiction, and welfare dependency. The towns themselves are often blighted, devoid of jobs, and reputed, says Garrett Ballengee, executive director of the Charleston, WV-based Cardinal Institute, to be “uncool.” While some cities in greater Appalachia, like Boone and Asheville, have successfully rebranded, the people living in the highlighted region are slurred as being backward and uneducated.

I have found, however, that this part of Appalachia is cool, and I feel obligated to let the outside world know. More visitors will help spur the coal-to-tourism shift that needs to happen in the region any.

Many parts of America have mountains. What makes this stretch of Appalachia so unique is how condensed they are. Drive Route 460, Route 52, or numerous local hollow roads, and you’ll wind along rivers and streams with mountains towering above. Often there are vertical slabs of rock where the roads have been cut through the side of the hill.

This has made Appalachia a great destination for nature activities; dirt biking, 4-wheeling, hunting, fishing, rafting, hiking, and more. Various local entrepreneurs take advantage of this. Some companies provide ATV tours of the Hatfield-McCoy Trails, for instance. The region still remains a too-well-kept secret, as evidenced by the condition of its towns.

Many small Appalachian towns have character precisely because of these natural surroundings. They were often laid out on flatlands along a river, flanked in every direction by mountains. This prevented them from sprawling, making them dense, walkable and quaint.

The problem is they’re declining. Go to ones like Cumberland, KY, Logan, WV, and Appalachia, VA, and you’ll see empty downtowns surrounded by little “coal camp” neighborhoods that are also often rundown. Yet they still have good urban bones—historic buildings, grid layouts, and traditional main streets.

One could imagine them becoming picturesque tourist towns, full of restaurants and B&B’s that tap into Appalachia’s culinary tradition (something once documented by Anthony Bourdain).

The problem is these towns now suffer a chicken-and-egg dilemma. Who is going to risk capital to build a culture-related business if there’s no guarantee of tourists coming? Which tourists, in hand, will visit a place that they believe has no cultural offerings?

This is probably the biggest impediment—the perception that Appalachia has no culture and is just a bunch of hillbillies. I beg to differ.

As I noted on a recent Facebook post about my trip, Appalachian culture is quite interesting. The area was occupied early by Scots-Irish immigrants who endured years of war and persecution in their homeland, growing a chip on their shoulder. After emigrating, they also developed a hostile relationship with the U.S. political establishment; the reason West Virginia even exists was to secede from the Confederacy, as working-class mountaineers didn’t want to risk their lives fighting for Virginia’s gentry. This secession earned them the nickname “the child of the rebellion.”

This rebel culture still exists. Go to a crowded gas station in this “jagged heart” of Appalachia, and you’ll see what I mean. People rock Gadsden flag shirts, attitude shirts (ex. “Friday is my 2nd favorite F word”), biker gear, full-body camouflage, or no shirt at all. They have wild tattoos, piercings, haircuts, and long beards. I’ve found that conversations with locals (which come in a thick mountain accent that hasn’t yet watered down) often steer towards their dislike of the federal government. One idea of Friday night fun in jagged heart Appalachia is to park one’s truck in these gas stations, muffler roaring and country music blasting, and slam Budweisers with friends.

Perhaps the ultimate symbol of Appalachian culture is walking through these stations and finding people caked in mud from riding their ATVs through rivers. You won’t see people walking around like this in any Panera or Starbucks in generic strip-mall America. But then, Appalachia is not generic strip-mall America. People seem freer and more willing to get out and get muddy, rather than spending all day indoors on the internet.

To me this freewheeling spirit is, in fact, the epitome of “cool”: and mixed with the region’s natural beauty and hard-built character, Appalachia feels like a unique, authentic American experience. That is why I suggest people visit, pumping money into and helping the economic transition of these communities.