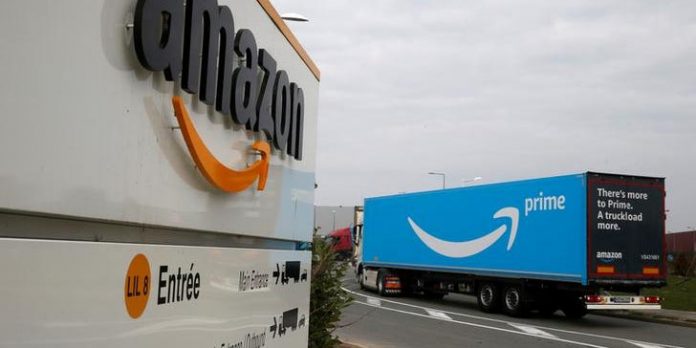 Josh Rickards, a truck driver based in Arizona, hauls Amazon loads from time to time.

But the past few months, Rickards hasn’t been working for the Seattle-based megaretailer. Trucking rates have boomed this summer. The last week of August, research firm Cowen saw retailers and manufacturers paying 29% more on average in the spot market — where trucking loads are tendered on-demand, rather than through a contract.

Rickards told Business Insider that he’s been scoring loads with unusually high pay rates, like $6 a mile for a dry van load. And, from his experience, Amazon hasn’t kept up with the uptick in pay.

Amazon’s rapidly-expanding transportation network depends on drivers like Rickards, whose company has only four trucks. But, in recent weeks, some of these small business owners, called owner-operators, are choosing to go into the spot market rather than to continue to work for Amazon.

Amazon is asking the biggest truckers in America for help

That means Amazon has had to look elsewhere for partners in delivering your orders. Executives at three large, public trucking companies told Business Insider that Amazon has significantly increased their demand for truck capacity in recent weeks. All three requested anonymity.

Do you work for Amazon as a truck driver? Email rpremack@businessinsider.com with your point of view.

“We work with many small and medium-sized line haul service providers in our transportation network, the majority of which provide dedicated capacity for our network needs, and have long utilized them to carry loads for Amazon,” an Amazon spokesperson told Business Insider.

“We also balance remaining capacity needs within our network by offering carriers of all sizes different contract options so that we can serve Amazon demand, while providing carriers with work to drive their business growth,” the spokesperson said.

Amazon is asking these large public trucking companies for remarkably more trucking services, and is also offering prices that are unusually high for them, the executives said.

“Freight volumes are at record levels, and just like everyone else, they are seeking capacity,” Rickards said.

Retailers like Amazon are looking to replenish inventory that was drained earlier in the coronavirus crisis, when overseas manufacturing and cross-ocean shipping came to a standstill. These companies are also preparing for a holiday shopping season that may start as early as October.

“They need inventory all at once, and that’s whats created such a big capacity crunch,” Cathy Roberson, the founder of research firm Logistics Trends & Insights, told Business Insider. “The trucking industry had a slow period for a while — then, all the sudden, boom.”

Several large trucking companies have been burned by having Amazon as a customer as the retailer does more of its own transportation. Last year, for instance, trucking giant XPO Logisitics had to slash $600 million in expected revenue after Amazon suddenly transitioned to using in-house trucking services.

Amazon has 13,000 truck drivers in its line-haul service network, up from 3,700 in 2018, according to a 2020 report from Amazon. (This network, in which packages are moved between its air hubs and fulfillment centers, differs from Amazon’s last-mile delivery service, where drivers deliver packages to customers’ homes.)

An about-face in its transportation strategy

Most big-box retailers are likely feeling the pressure of today’s trucking market, Roberson said. But Amazon is one of the few that will have to upend its transportation strategy.

Amazon’s network of trucks, trains, boats, and planes has mushroomed in recent years as CEO Jeff Bezos aims to not only have his company deliver all of your Prime packages, but include non-Amazon parcels in its network as well.

But instead of asking trucking companies to move these packages across the US, Amazon has built an in-house network of truck drivers who can pick up loads on a freelance basis. Most of the truck drivers helming Amazon’s branded tractors and trailers are matched to Amazon loads through the company’s proprietary truck brokerage app, Amazon Relay. And they are mostly owner-operators, sources said.

Other large retailers directly employ their own truck drivers or have on-going partnerships with large public trucking companies. Walmart, for instance, employs around 9,000 of its own drivers (whose annual starting salary is an unusually-high $90,000). It also has a long-time partnership with Schneider, which is the fifth-largest trucking company in the US.

Owner-operators may be cheaper for Amazon, too. Roberson and Rickards both said Amazon tends to pay these drivers less.

That trend emerges when looking at Amazon’s new brokerage platform, where drivers are connected to non-Amazon freight loads. Truck drivers told Business Insider last year that they were hesitant to work with Amazon’s new brokerage platform because of the pay. According to a 2019 report from FreightWaves, Amazon’s rates in the spot market are on average 18.4% lower than rates posted on DAT, one of the largest broker boards in the country.

“It’s going to be a lot of competition for that capacity going forward,” Roberson said. “Amazon’s just going to have to be like all the others and have that blank check ready.”

Bank of America says Amazon is the No. 4 largest delivery company in the US — here’s how its network compares to UPS, USPS, and FedEx

‘This is just another piece of the puzzle’: Amazon is now rolling out branded tractors in its latest move to become a full-fledged trucking company

From zero planes, vans, or trucks in the beginning of the 2010s to delivering 3.5 billion packages this year, Amazon is becoming a logistics giant. Here’s the timeline of its transformation.