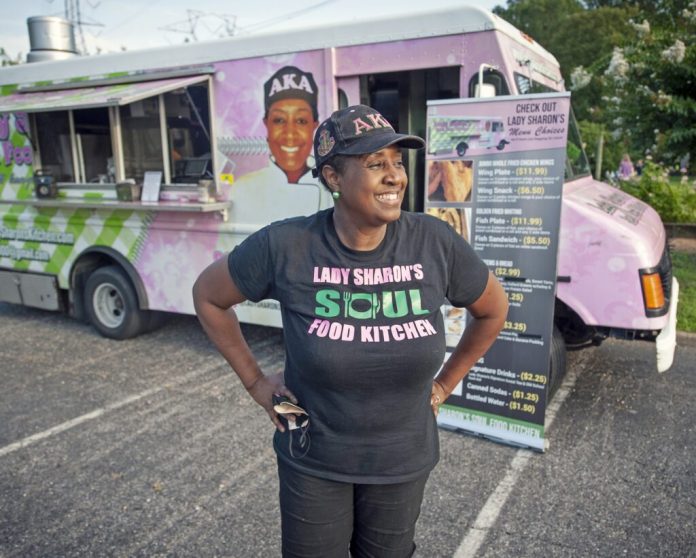 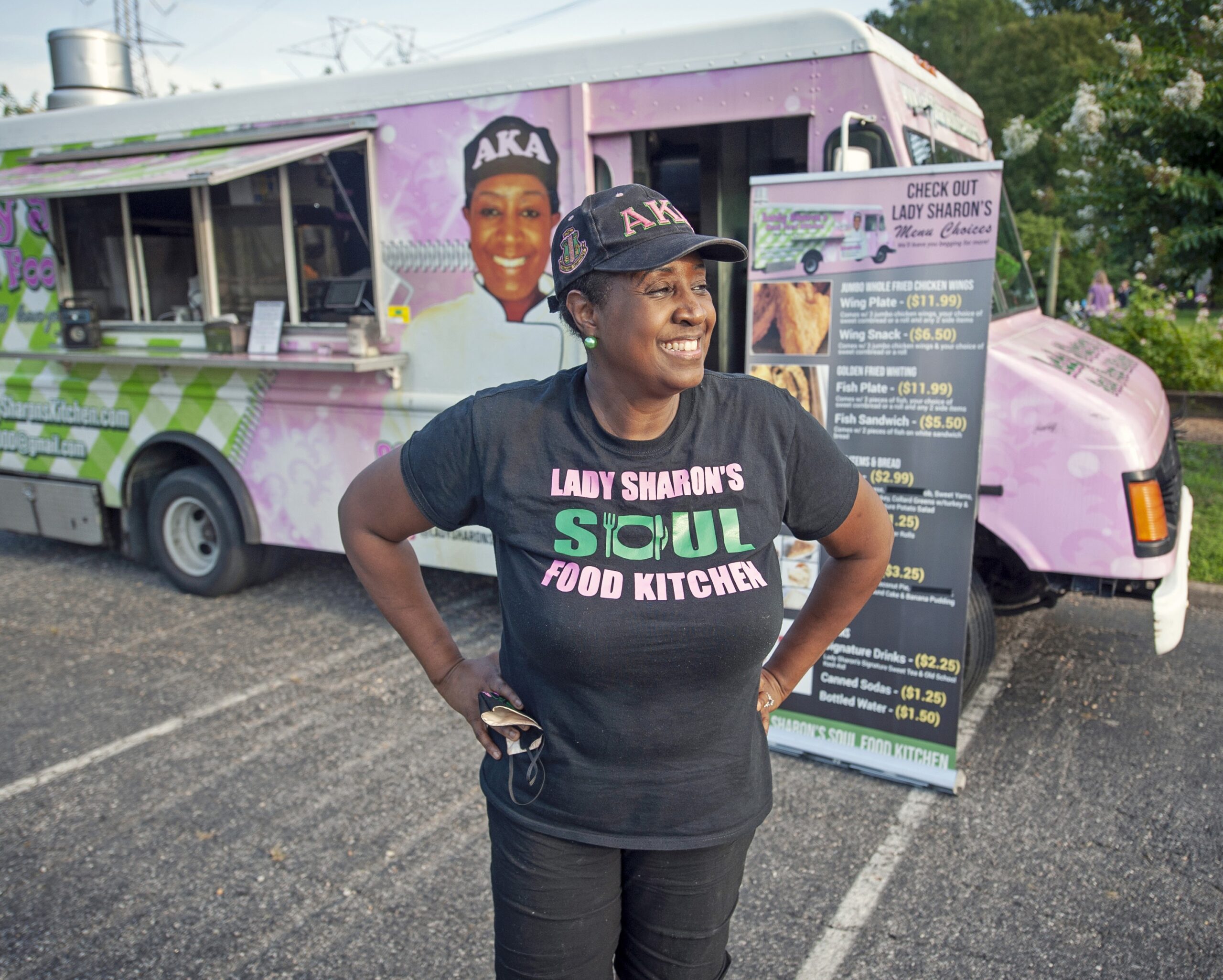 Sharon Williams began operating a food truck in 2018 to complement her successful catering business and quickly built a devoted following, selling made-from-scratch soul food daily to hundreds of workers in office buildings across the city of Richmond.

Then COVID-19 changed everything. 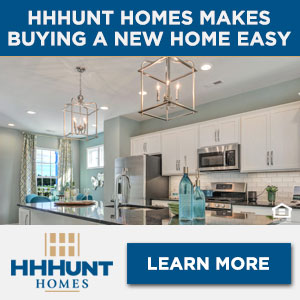 Following Virginia Gov. Ralph Northam’s executive order in mid-March shuttering nonessential businesses and limiting gatherings of more than 10 people, part of the state’s plan to contain the spread of the novel coronavirus, many companies across the region either closed altogether or sent their employees home to work remotely.

The impact registered most acutely in downtown Richmond, which almost overnight was transformed from a bustling hub of corporate activity into a ghost town. 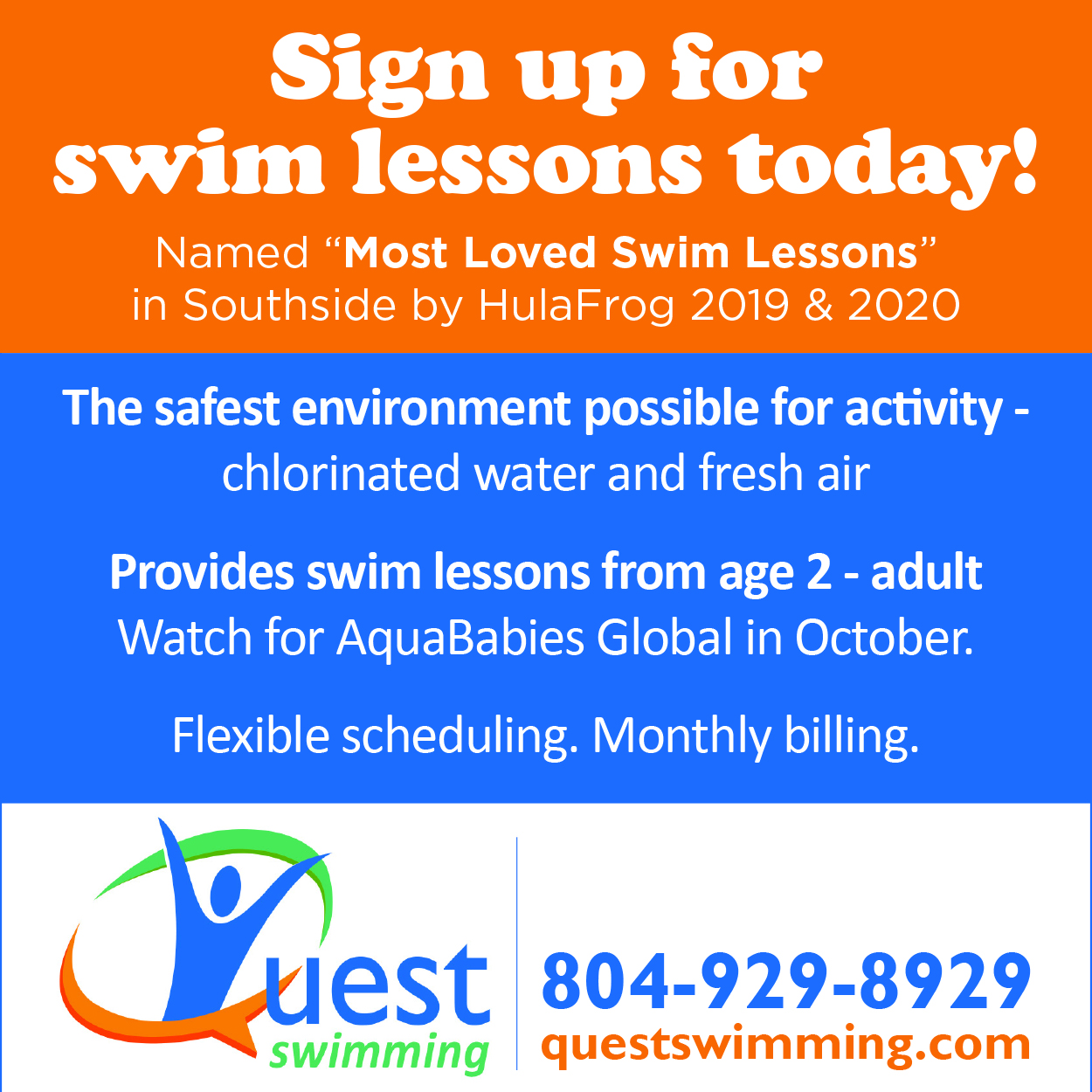 Suddenly, Williams’ reliable weekday customer base for her popular food truck, Lady Sharon’s Soul Food Kitchen, vanished. Her catering work dried up, too, with weddings, festivals and other big weekend events canceled by the dozen because of the pandemic. Faced with the very real possibility of losing her business, Williams was out of ideas when her daughter Kindal offered a suggestion: Since your customers are no longer coming downtown, take the food to them instead.

“I’m not going to a neighborhood. Why would I do that?” Williams recalls saying, the rising pitch of her voice reflecting her initial skepticism.

“Mom, it’s either a neighborhood or nothing,” Kindal replied.

That’s how Williams found herself parked in Midlothian’s Queensmill subdivision last Thursday evening, the tantalizing aroma of fried fish and chicken wings wafting from her pink and green truck as kids splash in the community pool and play volleyball on a sand court nearby.

“It’s crazy, but we’re making it,” says Williams with a laugh, wearing a face mask emblazoned with her company’s logo.

For the past five months, many food truck operators across the Richmond region have similarly stepped out of their comfort zone and ventured into the suburbs of Chesterfield and Henrico, finding thousands of hungry families tired of eating at home and unable to dine out because of pandemic-related restaurant closures.

In the process, they’ve made enough money to survive the current economic downturn and fundamentally altered the business model of a food service sector that not long ago was associated almost exclusively with cities.

“The support trucks have gotten from neighborhoods during the pandemic is overwhelming,” says Billy Metzger, owner of the Curbside Creations truck and president of the Richmond Food Truck Association, a regional alliance composed of 50 food truck proprietors who pay about $200 apiece in annual membership dues.

“I’ve probably done 50 to 75 different neighborhoods since March,” he adds. “We’re out five to seven nights a week. It absolutely has worked out better than anyone thought it would.”

Northam declared a state of emergency in Virginia on March 12. Metzger convened a meeting of the association two days later to discuss impending business closures and event cancellations and plot the industry’s next steps amid the emerging threat from COVID-19.

By that point, Brandon Hasbrouck already had sprung into action. A professor at the Washington & Lee School of Law who lives in Midlothian’s upscale Hallsley community, Hasbrouck had more time than usual on his hands with classes canceled indefinitely and administrators scrambling to convert them to a virtual format. So he contacted a couple of food truck owners and invited them to come sell their product in his neighborhood.

Hallsley residents were familiar with food trucks, having seen them out at the community pool over the summer and at various neighborhood events. But this was different; with coronavirus cases skyrocketing in parts of the United States and government officials issuing guidelines on social distancing, requiring people to wait in line to order and pick up food was an obvious nonstarter.

“I had to convince my neighbors it was safe,” says Hasbrouck, who has served as self-described “hype man” for visiting food trucks throughout the pandemic. “I wanted food truck owners to know we’re in this together and we have your backs, but they had to change the way they were used to doing business.”

The most significant operational change was the use of online ordering technology, which had not been widely embraced by the food truck industry prior to the pandemic. That allows people to order their food from home, receive a text alert when it’s ready and go pick it up in a contactless format from the truck.

Communication also was an issue. While regular customers knew where to find their favorite food trucks around the city, doing business in the suburbs required outreach to homeowners associations – not only to get permission to operate, but to enlist their social media accounts to spread the word to hundreds of families about the dates, times and locations that trucks would be in their neighborhoods.

The Richmond Food Truck Association also created a daily schedule on its website with a link for potential customers to book member businesses.

Not all neighborhoods were receptive, Williams notes, but many were – including some of Chesterfield’s most affluent residential communities, such as Magnolia Green, Charter Colony, RounTrey and Meadowville Landing.

“This has been a really good thing in a lot of ways for the food truck industry,” says Barry Tatum, owner of the Grateful Grill, a truck that specializes in gourmet grilled cheese sandwiches. “We’re not doing nearly as many tickets as we used to, but we’re doing bigger orders because we’re serving families.”

Joe Lajoie, owner of the River City Wood Fire Pizza truck, recalls receiving between $1,200 and $1,500 in orders in the first 10 minutes after he launched the online ordering portal during his truck’s Hallsley debut in early March.

Lajoie was laid up at home with a severe case of bronchitis, and his staff was so swamped, he had to shut off the ordering software to let them catch up. He reactivated the link a while later and received another torrent of orders.

“I didn’t know what to expect,” Lajoie says. “By the time I came back 2 ½ weeks later, we had 45 neighborhoods and we started rocking and rolling.”

Some Chesterfield neighborhoods have had at least one food truck on-site almost every night since March. Keeping it all organized can be challenging, acknowledges April Morris, a RounTrey resident and co-chair of the social committee for its homeowners association.

Morris, who handles food truck logistics in RounTrey and updates its social media accounts daily with online ordering links, relies heavily on a Google calendar file that includes a schedule of trucks that have operated in her neighborhood dating back to mid-March.

“I’m always trying to find different things to keep people interested so they’ll support the trucks,” she says. “It has been a win-win for them to be able to do business and for us to be able to eat safely with contactless ordering and pickup.”

The pandemic also has given food truck owners an opportunity to market their product to a segment of the population that may not have had much experience with mobile cuisine.

“Anybody who spends time in the city knows street food is where it’s at, but in the suburbs it’s not really a thing people are used to,” Tatum says. “They don’t realize the quality you can get from a food truck today. There are a lot of creative, talented people producing good food and bringing it to you.”

While food truck owners say business has slowed in the suburbs since Northam allowed restaurants to begin reopening their dining areas in June, they plan to continue operating to some degree in Chesterfield and Henrico even after the pandemic eventually abates.

Metzger even invested in the purchase of a portable ordering kiosk – similar to what you’d find at Wawa or Sheetz – that he sets up outside his truck for customers who want to safely place walk-up orders.

“If you want to hustle and interact with good people who will show up to buy your product, there’s a lot of opportunity out here,” Hasbrouck says.

“I don’t know what the new normal looks like,” Lajoie adds. “All I know is if you’re not flexible and willing to pivot, you’re going to get left behind.”

Top cyclist Terry Higgins was once the toast of Launceston, but...