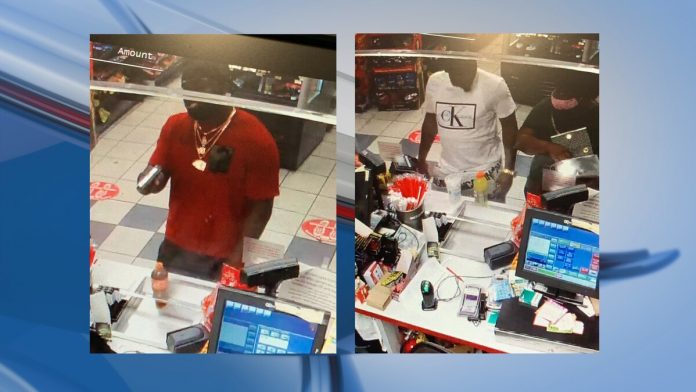 “The male became furious and left the store after causing a scene. The second male grabbed a phone charger then walked to the counter,” an incident report states. “While at the counter, he began to yell at the (clerk) for refusing service to his friend for not wearing a mask. The (clerk) then asked him to leave the store and refuse to serve him. He began yelling, then reached (into) his pocket and pulled out a handgun.”