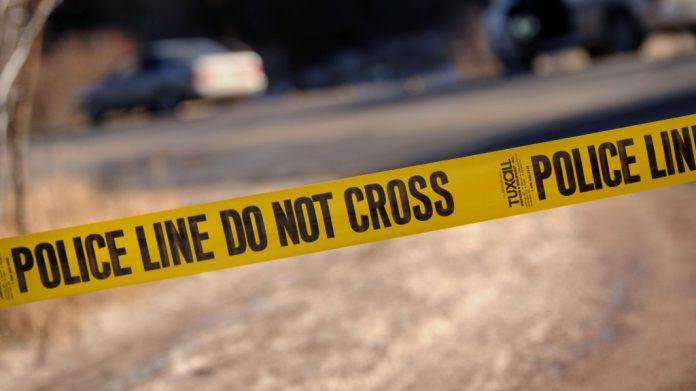 An Arapahoe County sheriff’s deputy will face no criminal charges for shooting a man who was attempting to flee arrest and who used a stolen pickup truck as a weapon, pinning another deputy between two trucks, seriously injuring the deputy.

The Jan. 22 officer-involved shooting happened at the IMT Cornerstar Ranch apartments near South Parker Road and South Chambers Way, according to an investigative review of the incident.

Deputies were at the location investigating Diego Gallegos, who was allegedly delivering drugs there, according to the 18th Judicial District review dated Monday and addressed to Sheriff Tyler Brown.

Deputies Alan Wilson and Trevor Cuaz were attempting to contact Gallegos when the suspect backed a Chevrolet Silverado into Wilson, pinning the deputy against a Ford F-150 truck and an SUV parked next to it, according to the review.

Cuaz then fired eight shots “to protect Deputy Wilson and himself,” according to the review.

Gallegos was hit three times, a bullet grazing his head and his chest, and one bullet penetrating his left arm. He was arrested and survived the shooting.

“Deputy Cuaz’s actions were reasonable and justifiable based on Diego Gallegos’s actions,” the review said. “I find that Deputy Cuaz reasonably believed that Mr. Gallegos posed an imminent threat of deadly physical force to Deputy Wilson and himself when he drove towards the deputies.

Gallegos has been charged with multiple felonies, including assault of a peace officer, assault with a deadly weapon, vehicular eluding and aggravated motor vehicle theft, according to court documents. His preliminary hearing is scheduled for June 18.

BLM Firefighters train with chainsaws ahead of fire season

2 killed in crash involving motorcyle, truck, and car at Karnack...