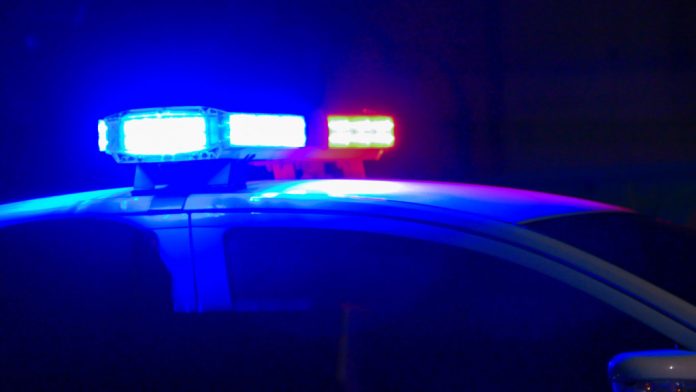 People attending a demonstration against police violence in Upland scrambled away from a man who shouted at them while holding a rifle in footage recorded Monday, June 1. He was later arrested.

Officers were dispatched to the area of Foothill Boulevard and Euclid Avenue, where a man had reportedly brandished a gun at people attending a demonstration held in response to the death of George Floyd, Upland Police Capt. Cliff Mathews said. The suspect was taken into custody, and his booking was pending as of 6:15 p.m.

A video posted to Twitter by NBC LA journalist Alex Vasquez at 5:06 p.m. shows a man in a red shirt step away from a white pickup truck with what appears to be some type of long gun in his arms. He instructs people in the area to back away, then places the firearm into the cab of the truck. Then, another man then appears to approach from across the street, and is held back by demonstrators who chant “keep the peace.”

No other arrests were made in connection with the gun incident, Mathews said.

Peaceful and lawful protests so far. Let’s hope it stays this way so Upland can be the model of peaceful discourse. #LawfulAssembly pic.twitter.com/nJWjia2vSD