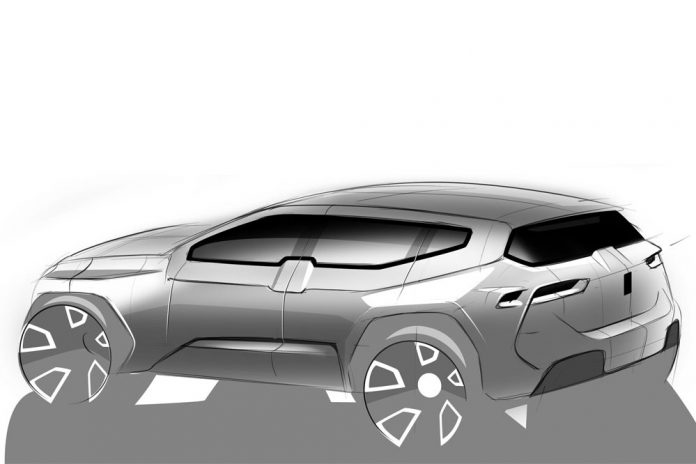 In this week’s Ask Nathan:

The first question comes from a viewer and Nissan fan who wants to know about the future Nissan Pathfinder.

The current Nissan Pathfinder is basically a station wagon with all wheel drive. I’m not a hater! There are three Nissans in my driveway and I drive my old Pathfinder just about every day despite having over 245,000 on the odometer. It’s still on its original engine and only second clutch!

I was hoping a future Nissan Pathfinder will revert back to some sort of truck. My Pathfinder is a uni-body platform but it still tows great and it’s real good off road! I think of it the same way I think of the Jeep Grand Cherokee. There’s lots of power and it is in my opinion way better than the Nissan X-Terra for most driving.

So what do you think Nathan. I hope they make some real changes to the Nissan Pathfinder soon. Just the transmission alone is enough to stop me from even testing one!

Thanks for the email, and – yes – I am still the happy owner of a 2008 Nissan Pathfinder. It’s a rock-solid truck and I will be passing it on to my teen soon. I’m not overjoyed about the prospect to be honest. It’s a solid workhorse and I’m happy with it, but my kiddo will need something safe, reliable and capable.

Besides, it gets rotten gas mileage, so I’ll keep tabs on the kid with gas-station receipts. Pop’s got to keep an eye on the munchkin somehow. My evil plan is marvelous, isn’t it?

No word on major changes, like reverting to a more truck-like platform, but there have been a few interesting rumors.

Here’s what (we think) we know:

Thanks for all of your great support, and I promise to keep an eye on this one!

My Pathfinder against the 2017 model:

The next question comes from a viewer who’s displeased that we report worldwide automotive news, as opposed to just North American news. This is in regards to the recently debuted 2021 Mazda BT-50. Q (via NathanAdlen@Twitter): Why do you insist on telling us about things we can’t get in America!? Like the 2020 Mazda BT-50)

It’s a waste of time to report this! You’re reporting to Americans for god’s sake! Isuzu ain’t got nothing to do with anything in the USA!

The message above was sent to my Twitter mail (Nathanadlen@Twitter) and the quote below (I believe) came from the same person on YouTube.

Thumbs down! It took 3 minutes of my life for Nathan to say the truck is NOT coming to the US. 90% of your viewership is from the USA. This video should not have been posted (and the title was misleading). I don’t need to know EVERYTHING about this pick-up. All I need to be told is it ain’t coming to the US. I’m disappointed in you guys. The title of this video is equivalent to FAKE NEWS.

This is news for all truck fans. While some are agitated that I suggested Mazda moved from the Ford-based platform to a company that currently works with GM (Isuzu), it true. Sure, this new platform (Isuzu Dynamic Drive Platform) and engine are not in current GM products – but we don’t know about future cooperative projects. This is what we do know: “Mazda Australia revealed the latest version of its global truck Wednesday, and this BT-50 drops all its former ties to the Ford Ranger. Now, the truck is based on the Isuzu D-Max instead.” – – TFLtruck.com

By the way: if you combine our viewer subscriber numbers (it’s over 2-million) that means, by your count, over 200,000 subscribers could be based in other countries. Oh, and that’s not counting the thousands of fans from around the world that read our websites TFLcar.com, TFLtruck.com and TFLoffroad.com.

Should we dismiss them? I think not.

Finally, there’s one more thing you may have not considered: What IF Mazda brings something like this to the U.S. market? It’s always possible, and this news could reflect something important for North America.

I know, I know… If a horrific earthquake happens anywhere but here, why bother reporting on it to Americans – right? Sorry pal, if it’s related to the automotive world, we’ll keep reporting it.

Q: (Via Twitter@NathanAdlen) I just saw a two door Hyundai called the S-Coupe. Was this a thing here?

Kind of looks like an old Excel with two doors to me.  Is it something worth buying and playing with? One for sale for $750 in Florida.

The Hyundai Scoupe (yes, that is how it’s spelled, or you can use S-Coupe) was Hyundai’s first attempt at a sporty, fun car for various markets – including ours. You’re right, it was based on a Hyundai Excel platform and they shared many components. They were kind of nimble and (with the turbo) kind of zippy.

Think of the Scoupe as a predecessor to the Hyundai Tiburon.

If you’re in the market for one, keep in mind that the turbo is the way to go. It only made 115 horsepower, but the car is pretty light, so it moves along with some authority. If you get the NA model, expect 81 – 92 horsepower (depending on model year) and not as much enjoyment.

I liked the Scoupe. It was on my short-list for my first official new car after finishing school. At the time, I had never owned a new It was between an early 90s Hyundai Scoupe, Mercury Tracer LTS, Dodge Shadow, Geo Storm and the Nissan Sentra SR-R.

I ended up with the Mercury Tracer. Still, I kind of liked that little Hyundai.

According to Wikipedia, the later model Scoupe vehicles were the first to use Hyundai’s first in-house-built small displacement four-cylinder engine. It’s the first generation Alpha engine, and it was pretty good on paper.

There’s not a lot out there on how collectible the Hyundai Scoupe is. Sales began in 1991 and it was never a big success. Hyundai gave it a big makeover in 1993 and sales stopped in 1995. So, it isn’t a very common sight on our streets nowadays. Perhaps, just being unique would be enough to justify a little investment?

If anyone has (or had) one of these, I would love to hear your story!