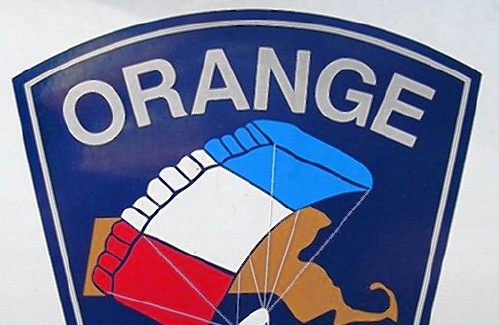 8:45 a.m. — Party calling about the red light out on the corner of North Main heading toward South Main. Orange Highway was already aware and is waiting on parts.

9:44 a.m. — Noise complaint, West Main Street. Party stating that her upstairs neighbors are yelling and throwing things. Reporting party stated while on the line that the parties both left and she believes they are heading to Cumberland Farms. Observed parties walking on West Main Street. Turned around to try and speak with them and unable to locate after that.

2:17 p.m. — 911 call for threats by a couple of thugs, East Main Street. Reporting party stated that the two parties took off but was unsure the direction of travel. On arrival, all parties were located and spoken with. Both parties gave conflicting stories of the incident. All were advised to stay away from each other in the future.

3:36 p.m. — Party looking for an officer for a female shoplifter, East Main Street. Officers responded for a female party detained for shoplifting. Upon arrival officers identified the female and a criminal complaint will be filed with Orange District Court for shoplifting.

4:10 p.m. — Officer wanted, East River Street. Walk-in states that his girlfriend is at the house breaking items and has threatened to throw his property outside. Advised he is going to his brother’s house for the time being.

4:40 p.m. — Minor two-car motor vehicle accident at the pumps, East Main Street. Upon arrival, found vehicle backed into other vehicle which was parked at the gas pumps. Minor damage noted to the rear driver’s side bumper of the Dodge and a dent to the driver side rear door of the Nissan. Parties exchanged information.

5:01 p.m. — Minor two-car motor vehicle accident, East Main Street. While at Cumberland Farms officers observed minor accident. The damage was under $1,000 and there were no injuries. Information exchanged.

7:30 p.m. — Keep the peace, Briggs Street. Officers responded to keep the peace while a male party picked up some belongings.

8:36 p.m. — Party requesting a welfare check on her 77-year-old father, Daniel Shays Highway. She hasn’t heard from him all day and this isn’t like him. Officers responded and made contact with the male party. He was fine and said he would call his daughter.