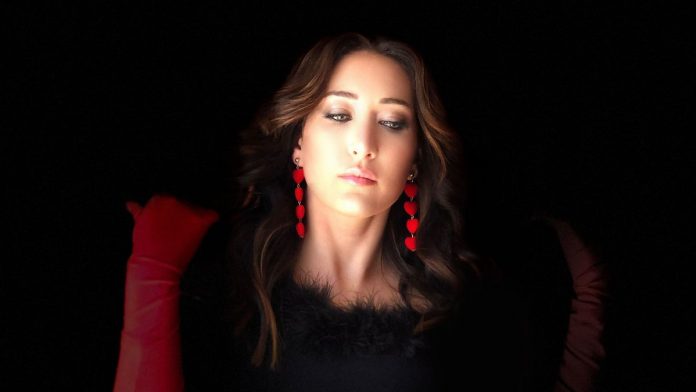 Illuminated by the California sunset, Aubrie Sellers is putting her own spin on her favorite Dwight Yoakam song, “A Thousand Miles From Nowhere.” The cinematic video is arriving just ahead of Sellers’ upcoming EP, World on Fire, set for an August 7 release.

Though she grew up in Nashville and has family roots in Texas, Sellers now calls the Los Angeles area home. That West Coast vibe complements her rendition of “A Thousand Miles From Nowhere,” which became a signature hit for Yoakam in the summer of 1993.

Of course, Sellers also brings a ’90s country pedigree to the track, as the daughter of Lee Ann Womack and songwriter Jason Sellers. Watch her evocative video for “A Thousand Miles From Nowhere,” then read our interview below the player.

What do you remember most about the shoot for this video?

My friend Chris Phelps directed the video. He lives in LA now like me but spends a lot of time in Texas because he’s from the Dallas area so we are kindred spirits. He called me randomly one day and asked me if I wanted to run out and shoot something the next day because he had some new gear he was trying out. He asked if there was any particular thing I wanted to shoot for, and I told him I had this song.

So I threw some stuff together and showed up the next day and he and Adam LaBrie, an amazing DP, were there ready to run around up near Santa Monica and Malibu to see what we could get. We had originally not intended to shoot an entire music video, but we ended up getting enough for the whole song. We ran around on the beach and near the highway, got stopped by the cops a time or two, but the footage they got was so stunning.

It was a great experience, but at the end of the night while we shot those scenes in front of the Santa Monica Pier, Chris and Adam’s cars got broken into mere feet from us while our backs were turned and most of their gear got stolen, but somehow they left my Fender alone. My purse got taken with my keys in it, so Chris and I ended up sitting on my tailgate on the PCH until 2 in the morning waiting for a locksmith to figure out how to make an electronic key that would work on my truck.

I still have fond memories of the whole experience, but maybe that’s because I didn’t lose my guitar.

How does the video bring your song to life?

We sped up the song while shooting so that when we brought it back down to the song’s normal speed, the footage gets that dreamy slow-motion effect you see in the video. The song has always given me a solitary, ethereal feeling and the sunset on the California coast in slow motion really brought that cinematic feel to life.

What message do you hope your fans take away from the video?

Even though the song is about pain, I think the video brings to light the beauty that there can be in solitude and spontaneity.

How did it feel to see the finished product for the first time?

I think we were all so pleasantly surprised with the magic sunset since the shoot had been so spontaneous. In a way it’s a lot like the music itself. We had gone into the studio with no expectations, just wanting to have fun and create, and I think the whole experience has taught me how wonderful that can be.

Next Steps in Production Virtualization