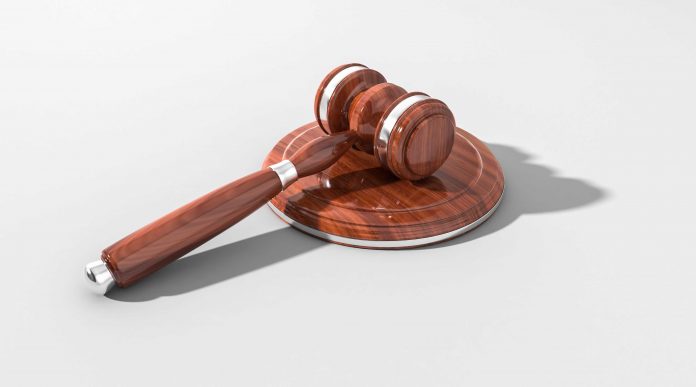 If you or someone you know is experiencing domestic violence and would like to talk with an advocate, call 866-834-4357, TRS 800-787-3224. This free, confidential service is available 24/7 and is accessible from anywhere in Maine.

A Belfast woman claims she suffered permanent injuries last month when an ex-boyfriend ran over her with his pickup truck that was attached to a horse trailer outside the Tabasco Training Stables.

Megan Winchester, 38, sued Marvin Yoder, 33, of Zearing, Iowa, and his company, Yoder Equine Transportation LLC, on Tuesday in U.S. District Court in Bangor. Cases are filed in federal court when the opposing parties live in different states and the damages sought total more than $75,000.

Winchester is seeking unspecified damages for the injuries allegedly inflicted on May 8 at her Andrews Lane horse farm, where she also resides. Winchester faces the permanent loss of use of her dominant right arm, the complaint said. She suffered severe nerve damage, pain, and likely will be unable to continue training horses.

The horse trainer captured audio of the incident on her cell phone. It was in her pocket and Winchester hit record when Yoder began screaming and swearing at her after they returned to the stable from running an errand, Winchester’s attorney, Sarah Irving Gilbert, of Camden, said Wednesday.

“It is gruesome to listen to, but thank God she did it or this would be a he-said-she-said case,” Gilbert said.

Gilbert said it was “a devastating matter” for Winchester.

“On May 7, Megan was a healthy, vibrant mother to two small children as well as a local business woman in Belfast. Megan has always loved horses, and training and caring for them has been her passion and livelihood,” she said. “Everything changed for Megan on May 8.”

Gilbert said her client “has been told by her doctors that she may never regain use of her right arm and hand again and may never be able to work with horses again or pick up her children.”

Winchester and Yoder met through his transport company and had been dating off and on for about two years when she was injured, the complaint said.

Yoder allegedly attached the 38-foot horse trailer to his Ford F-450 pickup, then got into the truck and revved the engine before putting it in gear and trying to drive out of Winchester’s driveway. That is when he knocked Winchester down with the truck and ran over her, the complaint said.

When her father arrived, Yoder allegedly confessed that he had stuck Winchester. Later, Yoder denied driving the truck when Winchester was struck. He blamed the incident on Winchester and claimed she was struck chasing the truck, Gilbert said.

While she was in the hospital recovering, Yoder allegedly asked Winchester to protect him and not report the incident to authorities, the complaint said. But once Yoder left her bedside, Winchester asked to speak with a nurse or a female detective.

Winchester obtained a protection from abuse order against Yoder for two years on May 29 in Belfast District Court. That was when Yoder learned that Winchester had recorded the entire incident and its aftermath.

Gilbert said Wednesday that she will file a copy of the transcript of the hearing with the Waldo County District Attorney’s office for the possible prosecution of Yoder on criminal charges.

Yoder did not immediately respond to a request for comment Wednesday. No attorney had appeared in court on his behalf as of 5 p.m.

Pickup truck collides with semi on highway 97 in Penticton –...

2020 GMC Sierra AT4 is the sports car of trucks