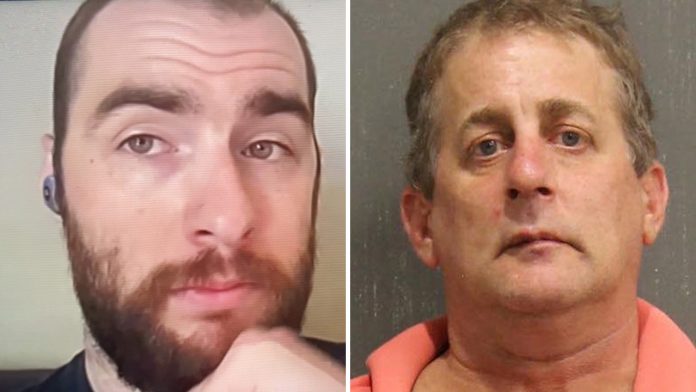 NASHVILLE, Tenn. (WKRN) — An employee of a Bellevue business assaulted earlier this week after telling a customer he would need to wear a mask inside the store says he has been fired from his job.

Jarred Severino said he was working Monday evening at the Mapco on Old Hickory Boulevard, south of Interstate 40, when a man entered without a mask.

“Somebody comes up without a mask, I say ‘next time, try to remember your mask,’ like I tell every customer that doesn’t wear a mask,” Severino told News 2. “I said that to him and he started swearing at me.”

“I just couldn’t really believe it was happening. I thought he was joking at first,” he added.

Severino said he attempted to diffuse the situation: “I told him he needed to leave and he said, ‘you’re not going to serve me because I’m not wearing a mask?’ and I said ‘no, sir, I’m not gonna serve you because you’re treating me this way.’”

From there, the situation escalated, as Severino said the customer threw a bottle of hand sanitizer at him. He was asked to leave and went back to his truck, so Severino called 911, he explained.

“He was about to speed away and I said to the 911 dispatcher, ‘should I go outside and get his license plate number?’ and he goes, ‘yeah, that’d be great,” Severino recalled

As Severino attempted to get a look at the plate on the truck, he said the man “stops his truck, gets out and starts running towards me, and I said on the phone to the dispatcher, ‘this man is about to attack me’ and sure enough, the man tackled me to the ground. He punched me twice on the side of the head.”

Severino said he got physical to protect himself: “I flipped him over and I punched him a few times until he was not able to continue to attack me. I then got inside and locked the door.”

Metro police corroborated Severino’s account of what happened after watching surveillance video from the store. An arrest warrant states Severino acted in self-defense when he punched the suspect, identified by officers as 54-year-old Michael Parker.

Parker was arrested and booked into the Metro jail Monday night, where he was held on a $1,100 bond for charges of public intoxication and disorderly conduct.

Severino said he was assured by his district manager over the phone “at least six or seven times” that his job was safe.

“I woke up [Tuesday] morning with a voicemail saying that I was no longer employed by Mapco and that I’m not allowed to go into another Mapco again,” he explained. “[The district manager] said that she’s sorry, that after HR saw the video, they determined it was best to let me go.”

“I’m from Boston. I’m struggling to make it in a new place,” Severino said. “I had a job right next to where I live and everything was, the pieces were falling together, and then all of a sudden, it’s just like, nothing. I’m back to square one and kind of crushed. It sucks.”

For now, Severino said he’s back to job hunting, trying to figure out where his next rent check will come from. He started a GoFundMe page to help raise money for his expenses.

”It’s crazy to me. It really is that this all happened and I’m still processing everything,” he added.

When asked if he had been fired following the incident, Mapco released the following statement:

“At MAPCO, the safety and well-being of our guests and team members are a top priority. We take any incident which potentially could jeopardize either a guest or team member very seriously. However, for our team members’ privacy and safety, we are unable to comment on any individual employee actions. We would like to take this opportunity to re-emphasize the precautionary measures we have implemented in support of CDC, federal, state and local recommendations. MAPCO remains a safe place for our communities during this difficult time.”

Meals for BC truckers, by truck