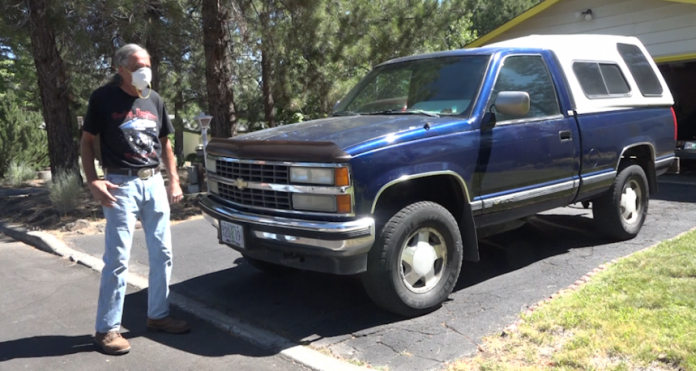 BEND, Ore., (KTVZ )– After his pickup truck broke down, disabled Vietnam veteran Ron Schutte spent Sunday night on the side of Highway 21, near the town of McKenzie Bridge, and he’s had trouble getting roadside assistance.

Schutte told NewsChannel 21 on Wednesday he was returning to Bend from Eugene when his engine and muffler blew out, about 80 miles from Bend.

Schutte said has been a member of AAA for over 25 years. He said he called them late Sunday night and early Monday, asking for roadside assistance. He said after multiple calls to AAA, no towing companies was able to travel that early in the morning to assist him.

NewsChannel 21 spoke Wednesday to a AAA Oregon-Idaho representative, Marie Dodds, who said they continued communicating with Schutte throughout the night, first confirming if he was in a safe environment.

Schutte also had food and water with him.

Dodds said their records show there were nine providers who declined providing assistance, for various reasons.

AAA said Sunday and Monday are the days they receive their lowest volume of calls.

With COVID-19 affecting tow providers staffing, in addition to the distance and time of night Schutte needed assistance, he was not towed back to Bend until Monday around 9 a.m.

“Being disabled, a veteran, on all kinds of medication, that’s the last thing you want to do is leave a guy like that in the mountains,” Schutte said. “Ten more miles, and I wouldn’t have had any cell service.”