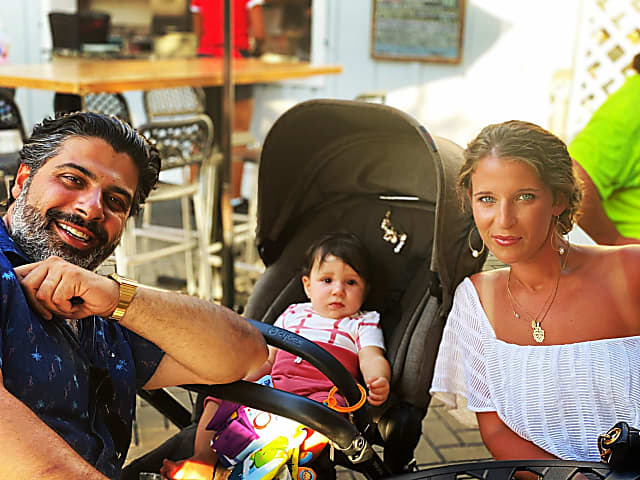 For a while, The Humble Toast has been Shalom and Jacqueline Yehudiel’s baby.

The Fort Lee couple opened their Teaneck restaurant as newlyweds in October 2018 and devoted each day to growing the business.

Then, seven months ago, they welcomed their first child: A baby girl named Nava.

Balancing the two was certainly a challenge, especially during the COVID-19 pandemic. Still, The Humble Toast founder managed, and is ready to take on another challenge.

The couple has plans to open La Cucina Di Nava, a kosher Italian restaurant on West Englewood Avenue in Teaneck named after none other than baby Nava.

“The pandemic lit a fire under us,” said Shalom Yehudiel, a Fair Lawn native. “Unfortunately it’s really tough times for a lot of restaurants. You’re going to either sink or swim.”

A trained chef with years of experience, Yehudiel worked his way up to becoming an executive chef at Downtown Disneyland, then as a restaurant consultant. When he saw an open storefront on Queen Anne Road in 2018, he jumped at the opportunity to bring his skills and experience to Bergen County.

Business was thriving, but — like all other business owners — the COVID-19 pandemic forced Yehudiel to think outside of the box. He stopped letting people into the restaurant about two weeks into the pandemic and transitioned to to-go orders only.

He also shifted his efforts to helping the community.

Since late March, Yehudiel has been sending meals to local hospitals, first responders and families who couldn’t afford to eat. His efforts landed him among 400 people from across the country nominated for an Unsung Hero award out of San Diego, CA.

“I said to my staff, ‘This is the time to shine,’” Yehudiel told CBS News. “If you have no money to eat, if you need a hot meal, we’re here to support.”

The greatest challenge was making sure workers were safe with masks, gloves and sanitization, the restaurateur said.

“Since day one we were very vigilant,” he said, “going above and beyond making sure restaurant staff and employees were living up to highest standards of cleanliness.

“It’s been challenging not having our guests being able to come sit down.”

Knowing he could access more customers while maintaining the highest levels of health standards, Yehudiel rolled out a food truck in May: “The Humble Truck.” The menu is a condensed version of what’s served at the store — burgers, fries, pastrami sandwiches, knishes and more.

“Our menu translates pretty well for takeout orders” Yehudiel said, “and deliveries began to pick up as well.”

The idea for a new restaurant came to Yehudiel around the same time he rolled out the food truck.

“I feel like Teaneck has a lot of different spots,” he said, “but in my opinion, there were no worthwhile kosher Italian options.”

History repeated itself for Yehudiel, who took over a shuttered business a stone’s throw from his original location.

“It’s about highlighting the great and simple ingredients in Italian cuisine,” Yehudiel said. “I’m a big believer in a solid product with good ambiance and great service.

The menu at La Cucina Di Nava will include an array of pasta dishes, fresh fish and pizzas by the pie. The restaurant will have a sandwich bar, where customers can stuff a hunk of bread with pasta and drizzle it cheese.

There will be mock meat options as well, including a buffalo chicken pizza using seitan, cheese boards and homemade compotes.