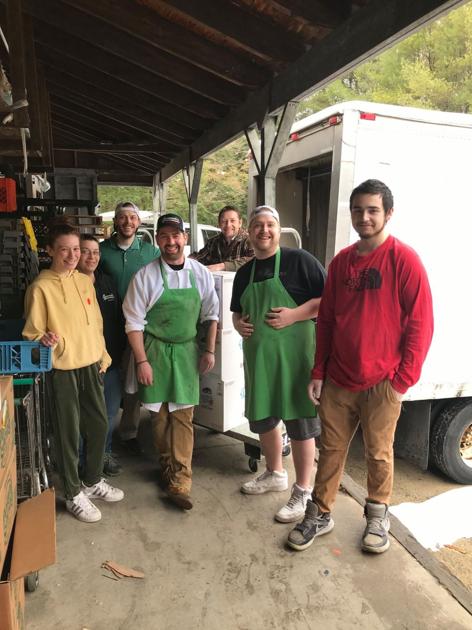 Gomarlo’s Supermarket in West Swanzey came in with more votes than their much-larger neighbors in Keene as the Best Local Grocery Store.

It could be because of the far-reaching, stellar reputation of their meat counter, which is supplied by markets in Boston; or their fresh produce, which comes from United Natural Foods and from western Massachusetts.

Owner Jerel “Jerry” Gomarlo, who bought the store from his cousin, Mike Gomarlo, in 2016, has his own theory.

“It’s because of the relationships we have with our customers,” he said.

The customer has always come first, which is why the store is successful 81 years after opening its doors.

Jerel Gomarlo said he was about 12 years old when he started working for his cousin. Mike had run the business for about 50 years. His father opened the grocery store on May 1, 1939, on Main Street in West Swanzey.

The store then moved to 765 West Swanzey Road (Route 10) in 1985, and currently has about 17 full-time and part-time employees. Many of them have been there for years, Gomarlo said.

Gomarlo’s cousin, Joel “Willy” Gomarlo Jr., helps out with the business end of the operation. Being a small, family-owned and operated grocery store, Gomarlo’s has faced some competition through the years, most recently with the opening of a Market Basket in 2010 to the north in West Swanzey.

Gomarlo had wanted to own a grocery store since he was a young child, he said. He met his wife, Kate, while they both were working at the store. The couple live in West Swanzey with their two children, Edward, 9, and Chase, 7. When he took over the family grocery store, he’d left a job as meat and seafood manager at Hannaford Supermarket in Keene that he’d held for nine years.

At first, he’d transitioned Gomarlo’s to an independent Hannaford store, meaning it was supplied by Hannaford. About a year ago, he made the decision to return to the store’s former supplier.

“It’s back to basics,” he said. “It gave me more freedom and there’s a lot less fees. It works out better.” Not only does he travel to Boston to purchase his own meat, he purchased his own refrigerated truck for deliveries.

“There’s been no shortage of meat,” he said, referring to the issue the country is facing due to COVID-19. “I wouldn’t have been able to get my own product [if we’d still been a Hannaford store].”

Now, he’s working on doubling the size of his meat case (from 24 to 48 feet) and looking forward to deliveries of asparagus and strawberries.

As was the case in the 1940s, customer service is king at Gomarlo’s, and a stress-free experience is especially important these days.

“We tend to be real jokesters – a lot of people come in and have a good laugh,” Gomarlo said. “People have fun shopping here.”

‘We don’t know how it will end’: Hunger stalks amid virus