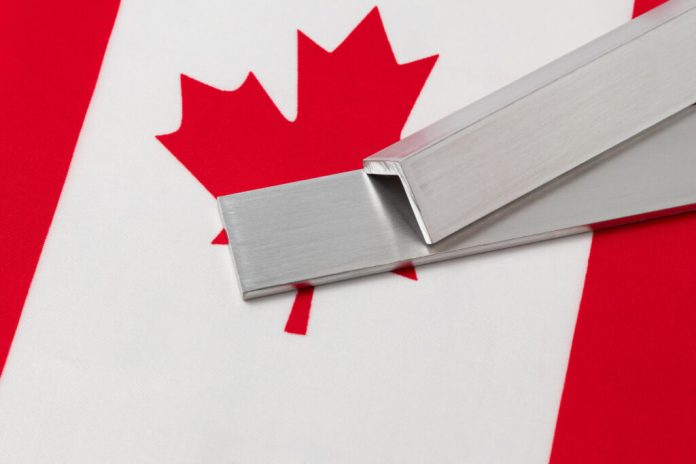 TORONTO, Ont. – Canadian equipment manufacturers once again find themselves in the crossfire of a trade war thanks to recent U.S. sanctions on aluminum and Canadian retaliatory measures widely expected to be announced today.

Trump had previously used steel and aluminum tariffs as a bargaining strategy to force the renegotiation of the North America Free Trade Agreement, which emerged in the form of the Canada-U.S.-Mexico Agreement.

The Canadian Transportation Equipment Association (CTEA), which represents 374 manufacturing businesses, said in a recent letter to the Department of Finance that it “vehemently opposes” the tariffs imposed by the U.S. administration, noting that they hurt Canadian and U.S. companies alike.

But it also stressed that, in some cases, counter tariffs may not be the best option.

“We acknowledge the concept of ‘standing up’ to the U.S. regarding tariff actions, but believe that not putting on counter tariffs may indeed be more effective for retaliation,” writes Don Moore, director – government and industry relations.

Depending on the timing of such counter measures, Canadian companies could actually be in a stronger position to export products to the U.S. at a favorable exchange rate, he said.

“The extra cost that U.S. competitors will have to bear due to the U.S. -enforced tariffs would push their costs up relative to Canadian companies.”

Many specialty aluminum products are also only available in the U.S., with no alternative sources available in Canada.

“New sources are required and the government should be assisting industry in developing or resourcing these products to reduce dependence on the U.S., however, it must be recognized that sourcing outside North America carries with it additional costs, including shipping and tariffs, particularly if the final customer is in the U.S. where the country of origin is a factor within [the Canada-U.S.-Mexico Agreement],” he said.

Meanwhile, any relief measures should also be provided to end users rather than middle men, Moore added, noting that support offered to aluminum importers during the last round of the tariff wars went to aluminum distributors and wasn’t necessarily passed on to small and medium-sized businesses among association members.

“Our fervent hope is that ‘cooler heads prevail’ and all tariffs are removed as soon as possible.”

The Daily Dash: How the largest truckload freight markets performed this...