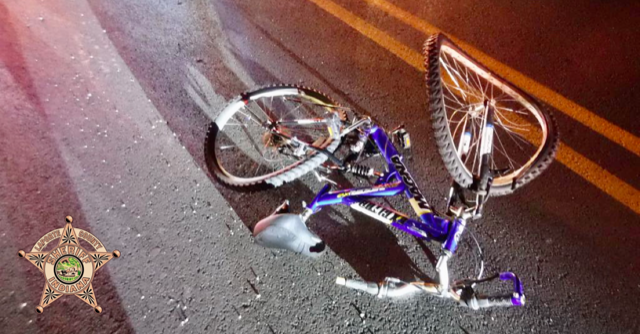 A Michigan City man was seriously hurt when police say he was hit by a pickup truck while riding a bicycle on U.S. 20 Thursday night. LaPorte County sheriff’s deputies say it happened just before 8:30 in the 8700 block of West U.S. 20.

Investigators believe Joseph R. Childers, 43, was cycling westbound in the eastbound lane. Brian T. Dean, 42, of LaPorte, was driving east in a GMC pickup truck and was reportedly unable to avoid striking Childers. That stretch of U.S. 20 is currently under construction.

Officers say Childers sustained severe injuries and was airlifted to a regional hospital. Police say Dean was not impaired by alcohol, but alcohol and toxicology test results for Childers are still pending.