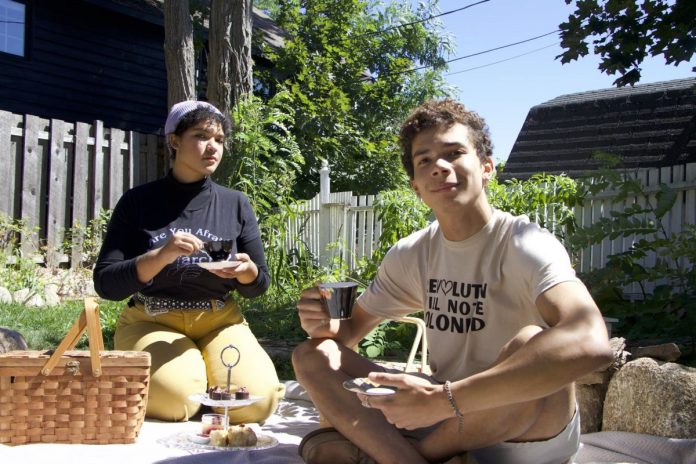 After a group of family and friends experienced a racist noose-swinging incident in Chester Basin, two young locals are holding a Black Lives Matter picnic.

Lauryn Guest and Peter Fisk are organizing the event at Chester Basin’s Hutt Lake. It’s on Aug. 20 starting at 3 p.m. with a rain date on Aug. 31 also at 3 p.m.

“We decided that this is the best way to address this issue because we’re bringing people together,” Guest tells NEWS 95.7’s The Sheldon MacLeod Show. “We’re going to take a space that has been made to be uncomfortable and make it very welcoming, and just show that we support one another,” they say.

On Aug. 18, the Chronicle Herald reported that Greg Dean and Cyndi Rafuse were spending the weekend at a campground with a large group of family and friends. After deciding to go to Hutt Lake in Lunenburg County, a group of teenagers in a truck had approached them while swinging around a noose.

A second carload of teenagers had arrived, and things started getting tense as Rafuse’s 13-year-old son threw a bottle at the truck driven by the teenagers carrying the noose. Rafuse realized they had to leave the scene for safety, so they packed everything up and fled.

The incident occurred on Aug. 15 and the owner of the campground where Dean and Rafuse were staying called police that afternoon. An RCMP officer didn’t show up until the next morning and told Dean there’s no real charge for being racist.

Both Guest and Fisk live in the South Shore, and they say they experience racism every day.

Fisk says it’s usually not the stereotypical outspoken racism. Instead, it’s often microaggressions like being followed inside a store. Still, both say they experience incidents of outspoken racism including slurs.

“There is a lot of people here that are not ready for acceptance and them having to see people of colour, gay people, trans people just in their community doing every day things the same as them,” Fisk says.

Both Guest and Fisk say this is their first time organizing an event at this scale. They decided to host a picnic because they wanted the event to be peaceful.

“I think right now is the perfect time because before there wasn’t a lot of support,” Fisk says, “but now that you’re seeing a lot more Black people being murdered on the news, it’s in people’s minds.

“We didn’t want to incite any violence or any hatred, and there’s nothing violent or any hatred in a picnic.”

On the Facebook’s event page, over 300 people are interested in the event and over 100 are marked as “going.”

With the amount of people interested in the picnic, Guest and Fisk say they’re still ensuring people adhere to COVID-19 health guidelines, including wearing masks and social distancing.

There will be speakers and live music at the event. Guest also says they’ve created a playlist focused on Black artists.

Mahone Bay’s The Biscuit Eater Cafe is also closing early at 2 p.m. to bring food to the picnic. Fisk has been a part of the cafe ever since he was a child while Guest started as an apprentice this summer.

Migrants try to walk, cycle, travel in trucks to get home