Bollinger showcased a chassis cab for its B2 electric truck. Bollinger is a US based company which manufactures electric off-road trucks. The company had two models in its line-up, the B1 and the B2 and now, the third model, the B2 Chassis Cab will be added soon.

Bollinger Motors, a US based electric off-road vehicle manufacturer, has revealed the B2 chassis cab electric truck. The company also has the B1 and the B2 electric trucks in its line-up. Bollinger will launch all three models in USA by the middle of 2021. The B2 chassis cab basically gets multiple wheelbase lengths, which can be customised as per use. It could be offered with a two-door or a four-door cab as well. It is built on Bollinger’s e-Chassis platform which has a 120 kW battery and two electric motors on each axle. Bollinger calls it the world’s first ever Class 3 full-electric chassis cab. In terms of specifications, we expect it to be similar to the B2. The B2 electric pickup truck gets a range of about 320 km. The total power and torque output stand at 607 bhp and 906 Nm. The B2 truck has a 0-100 kmph time of just 4.5 seconds. 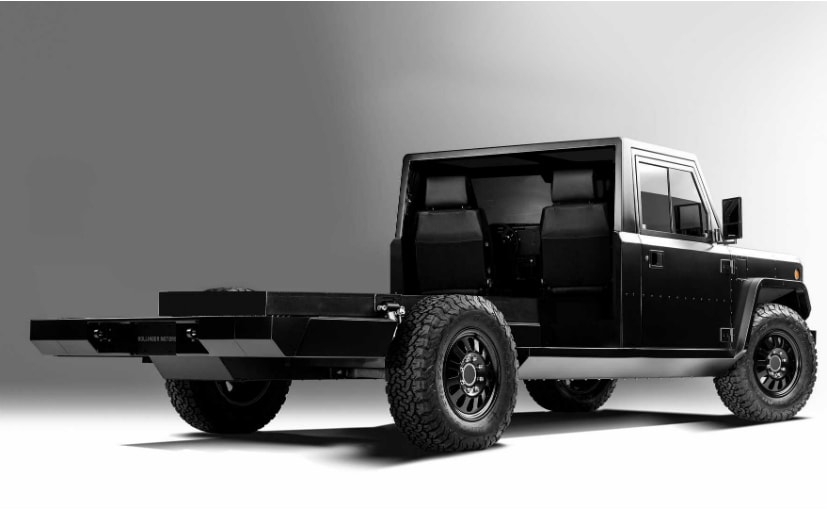 The B2 chassis cab or B2CC has a payload capacity of 2,267 kg and is meant to have varied uses as well. The B2CC will be carrying over the rugged, off-road capability from the B2 pickup truck. It will also get self-levelling suspension along with portal gear hubs, 52-degree approach angle and ABS enabled power brakes. The cabin of the truck will be waterproof and gets a 10 kW onboard charger/inverter that can supply electricity to power tools. There’s an integrated thermal management system on offer as well. 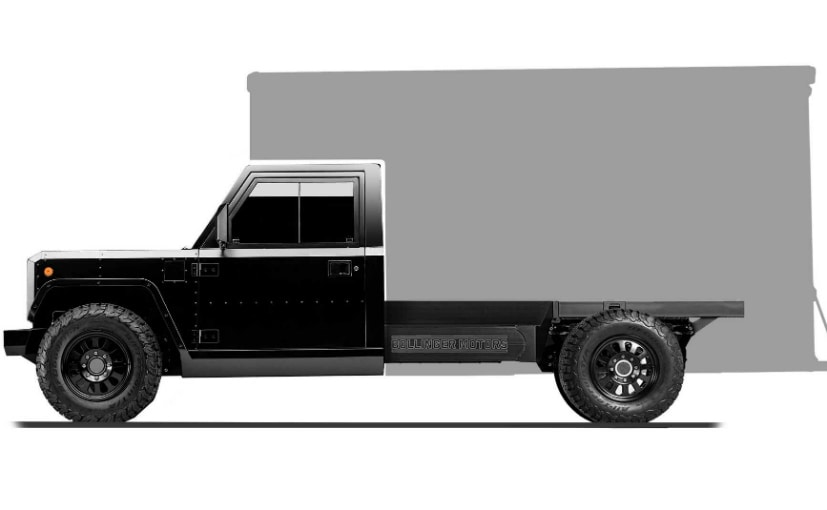 (The B2 Chassis Cab will have multiple uses)

Bollinger believe that the B2 chassis cab could be used in multiple roles such as fire tenders, construction trucks, first responders, ambulances and so on. When launched, the Bollinger electric off-road vehicles will be going up against multiple rivals like the Tesla Cybertruck, GMC Hummer EV and the Rivian R1.